The Exploitation of Part-Time Teachers in Higher Education 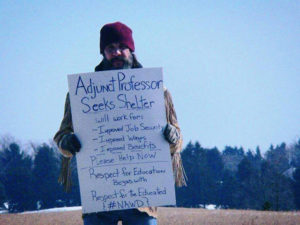 There are many with college degrees who endure insecure working conditions and are poorly compensated. They include part-time teachers in institutions of higher education.