Jean Batou is a professor of Contemporary International History at the University of Lausanne, Switzerland. He is the author of numerous publications on the history of the globalization and social movements. He is one of the organizers of the French language network “Penser l’emancipation” (Emancipatory Thought), which held its first broad conference in Lausanne on October 25-27, 2012. He is the editor of the Swiss bimonthly newspaper solidaritiéS (http://www.solidarites.ch/journal/) 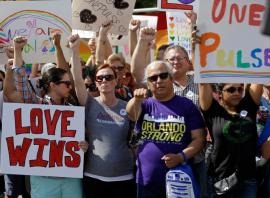 The Ebola pandemic, which has already caused the death of more than 5000 people in West Africa, could kill more than 90,000 people, just in the Liberian county of Montserrado, between now and 15 December, if measures taken in the affected regions are not massively increased over the next few days.[i]

Ebola: Who are the Architects of Death and How Can We Combat Them?

According to the latest predictions of the U.S. Centers for Disease Control and Prevention (CDC), if the Ebola pandemic continues to progress at the current rhythm, it could affect 1.4 million people in Liberia and Sierra Leone between now and January 2015, leading to the deaths of 700,000 in a year, and thus making Ebola the third leading cause of death from infectious diseases in Africa, after AIDS and respiratory diseases.

Nina Potarskaya is one of the leading Ukrainian leftist feminists, founder of the feminist squadron at Maidan, and member of the Left Opposition, which helped organize three successive conferences of left forces in Kiev, in November 2013, March 2014, and September 2014. The most recent conference decided to build a new democratic Left party, which is the first electoral effort of its kind in Ukraine. She was interviewed in Geneva by Jean Batou, with the help of Kirill Buketov, for solidaritéS.

Ebola : A Virus in the Heart of Darkness 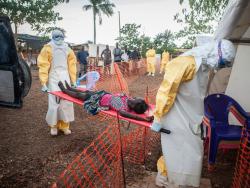 Filoviridae Ebola is a virus made up of ten proteins that was first identified in 1976 in Zaire, today the Democratic Republic of the Congo (DRC). While today five types of the virus are recognized, they are all believed to be mutations of the first known strain, which one finds today in western Africa.  (Gire et al., Science, August 28, 2014).

The European Parliamentary Election of last May 25 was marked by a strong push from the Europhobic and racist right, which was  rife with currents of the extreme right. Its best showings were achieved by the United Kingdom Independence Party -UKIP (which received 27.5% of the British vote), by the Party of the People of Denmark (26.7%), by the National Front of France (24.9%), and by the Freedom Party of Austria (19.7), and one shouldn’t forget the recent advances of the Swedish Democrats (9.7%) and of Alternative for Germany (7%).

Mali: A Neo-Colonial Operation Disguised as an Anti-Terrorist Intervention*

In mid-January of this year France invaded Mali, a former French colony that sits in the middle of what was once the enormous French empire in Africa that stretched from Algeria to the Congo and from the Ivory Coast to the Sudan. The French government argued that its invasion of its former colony was an anti-terrorist and humanitarian intervention to prevent radical Salafist Muslims from taking the capital of Bamako and succeeding in taking control of the country.