RIAD AZAR is a democratic socialist activist and political sociologist. His academic research looks at how social networks shape the ways people
think and feel about politics and problem solving.

Occupy Needs a Methodology: Review of Michael Gould-Wartofsky's "The Occupiers"

Occupy was the largest political mobilization of my lifetime. The explosion of energy it produced gave the feeling of perpetuity, with thousands of volunteers supporting each other through donations of food and standing together in solidarity against the police. But as the encampments became rooted, many had to check their excitement with a growing sense of disillusionment. It was clear that the Occupy strategy, and how it played out in practice, was rife with weaknesses that were ultimately exploited by those who sought to destroy Occupy and the discourse that it created. 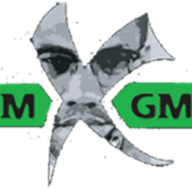 Sanders and the Middle East

Regardless of one's views on whether or not the socialist left should support Bernie Sanders in his race for the White House, the momentum behind the self-described “democratic socialist” has been impressive. Beginning at 2% in April, his popularity grew to 14% in May and at last check was 32% in New Hampshire.

The idea of “voting with your pocketbook” is giving rise to a new global movement of ethical consumption. Industrial capitalism and its ills, it is thought, can be redeemed through personal consumer choices. “If only I bought the biodegradable bag of potato chips,” one may think to oneself watching a column of waste management vehicles pass on their way to the dump.

Kobanê, Turkey, and the Syrian Struggle

An extended interview with Joseph Daher, a member of the Revolutionary Left Current in Syria, living in Switzerland, will be published in the forthcoming Winter 2015 issue of New Politics. Here we just post the questions dealing with Kobanê and Turkey.

A New Form of Protest