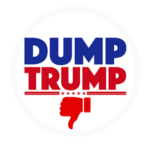 For the first time in my life, in fifty years of voting in America, I am voting for a Democratic Party presidential candidate and urge others to do so as well. As an activist on the left, a writer on politics in various publications, and an editor of New Politics, I feel that I must publicly acknowledge that I have changed my position on this question and explain why I recently signed a letter advocating a vote for Joseph Biden.

I became an activist in the 1960s in the movement against the U.S. war in Vietnam. Our enemy was the Democratic Party of John F. Kennedy and Lyndon B. Johnson which was carrying out the war. The reactionary Republican Party was of course beyond consideration. I cast my first presidential vote in California in 1968 for Eldridge Cleaver, the Black Panther leader who was the candidate of the Peace and Freedom Party, an attempt to give political expression to the two great social movements of that era: civil rights and opposition to war. Like many others at that time, I became convinced that the Republican and Democratic parties were both dominated by the capitalist class, both parties of racism at home and imperialism abroad. I still believe that to be the case.

In my part of the left, we took the position that we stood for what we called “independent political action,” that is for supporting candidates and parties to the left of the Democrats that were independent of the capitalist class. So I supported and voted for years for the Green Party and supported the Labor Party when it was founded in 1996, though unfortunately it never found the courage to run candidates against the Democrats. I helped Medea Benjamin with her Green Party campaign for governor of California in 2000 and I voted for Ralph Nader in that same year when he was accused of being a spoiler leading to the defeat of Democrat Al Gore and the election George W. Bush. In 2010 the Socialist Party, having won a ballot access lawsuit asked me to stand as its candidate in Ohio for the U.S. Senate, which I did to propagandize for socialism.

When Bernie Sanders declared himself a “democratic socialist” candidate for president in 2015, I worked for his election, while maintaining my Green Party registration. When Sanders ran again in 2019 I was opposed to supporting him because I believed his campaign would not have the impact it had had in 2015-16 (which turned out to be true) and because I believed he and his supporters had become more integrated into the Democratic Party (which is debatable). I regret none of those former positions I have taken nor do I repudiate the logic that led me to take them.

The Democratic Party remains a capitalist and imperialist party. I do not believe that reformers can have much impact on its general policies and direction, and I certainly do not believe that it can be taken over by the left. Joseph Biden is a repugnant candidate, as Branko Marcetic detailed in his book Yesterday’s Man. He helped the Democratic Party to carry out the neoliberal turn from the working class to the professional classes, and he supported the racist and imperial policies of the Clinton and Obama presidencies. I am not a political supporter of either the Democratic Party nor of its candidate Joe Biden, but I urge a vote for him on narrow and pragmatic grounds: to prevent Trump from having a second term.

I have come to the conclusion that this election—with the possibility of massive electoral fraud, the likely refusal of Trump, should he lose, to leave the White House, and a possible coup d’état—is quite different from anything in my life time or in American history. All the major media institutions, TV, press, and social media, are discussing the possibility of a rightwing seizure of power by Trump. I am not urging a vote for the Democratic Party because it necessarily can or will stop a coup. I do NOT believe that the Democratic Party is a bulwark against an authoritarian or fascist coup. But I do believe that a large vote for Biden everywhere, even in safe states where one might vote for the Green Party, makes it more difficult for Trump to justify to the Republican Party, to his base, and to the American people that he has the right to stay in office. I do not wish to make it easier for Trump to move ahead by claiming he won the election if he did not. Voting for Biden certainly does not represent in any way on my part a commitment to the Democratic Party or its candidates in the future. But this time I will vote for Biden.

Unfortunately, much as I admire Howie Hawkins, I see no way that voting for the Green Party will do anything but make it easier for Trump to win or to claim victory and fight to stay in office, to become a dictator. I am not convinced that there is a strong connection between voting Green and building social movements, in fact, I think there is little connection. I do not believe that voting Green will somehow have an impact on the political consciousness of many Americans, since the current crises push everything else to the margins. I understand that some will want to vote Green to demonstrate to themselves their continued commitment to the left, but I think that is better done by stopping Trump for now—if we can—while also working to build the movements we need to overcome Biden’s administration and policies.

I wish I could vote for the Green Party, a labor party, a socialist party, or some other progressive party on the left that represented a mass movement. Unfortunately there is no such alternative. It has not been easy for me to arrive at this position or to publicly advocate it. But I have and I am. I urge all voters to vote for Biden to stop Trump’s reelection. As I said, I regret having to make this decision, but I would regret even more a second term for Trump.