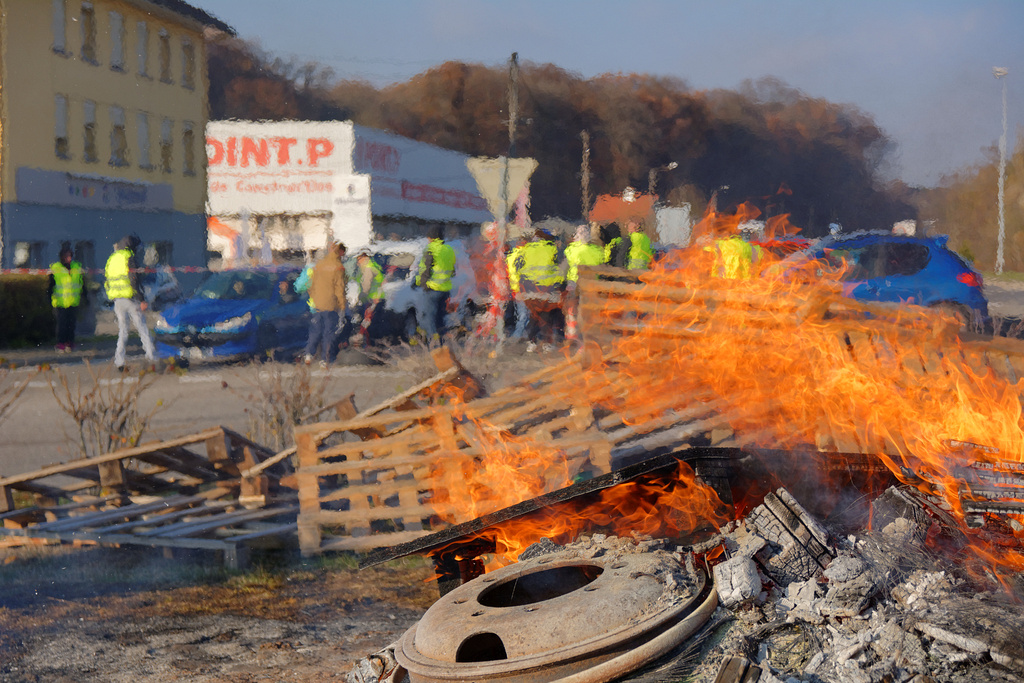 It is in the name of “ecological transition” and the need to “liberate households from dependence on petrol” that French Prime Minister Edouard Phillippe justified the status quo: no new proposal was announced the day after the “gilets jaunes” protests. By making the carbon tax, and hence the rise in fuel prices, the central plank of its policy to reduce fossil fuel consumption – a legitimate objective in itself – the government, blinded by an ideological and narrow understanding of the role that ecological fiscal policy can and must play, are leading the transition to a dead-end.

This discourse is intended to be simple and accessible: by increasing prices of fuels, consumers can be made to modify their behaviour, reducing their use of vehicles and/or buying more fuel-efficient vehicles. The same applies to boilers that use oil, in which case the emphasis is put on replacing them in favour of wood-burning or gas boilers. The case of tobacco is often used as an example: hasn’t its increase in price, done in the name of public health, reduced its consumption?

However, when spending is constrained in the short term, increasing the price does not necessarily reduce consumption. Or at least not by much. Economists say that price elasticity – that is, the sensitivity of consumption to prices – is weak or very weak. In the case of fuels, the price elasticity is generally understood to be between -0.1 and -0.35%: when the price of fuels – and notably diesel – increases by 10%, consumption falls by between 1 and 3.5%. To reduce consumption of at least 10% – and up to 35% – and thus to have a non-negligible effect in the fight against climate change, the price of fuel would have to be doubled.

Doubling prices is not what is predicted by the government of Emmanuel Macron, which has endorsed an increase in the domestic consumption tax on energy products (TICPE) of 23 cents per litre for diesel by 2022, and 11.5 cents for lead-free, which is about 7 to 15% higher than current prices (around 1.5 euros per litre). As a result, the expected decline in fuel consumption will be limited to a few percent by 2022.

By comparing the global fuel volumes used by road traffic between 2007, just before the economic crisis (53.4 million cubic meters) and 2013, the lowest point of consumption in recent years (47.8 million cubic meters), we can get a sense of scale. The decrease in consumption is limited to about 7%. In the same period, prices for gasoline and diesel increased by around 30%. It is therefore difficult to conclude that increases in fuel prices lead to significant reductions in consumption from the point of view of combating climate disruption. Since then, consumption levels have been rising again (an increase of 4% between 2013 and 2017).

In the short term, the level of fuel consumption is therefore insensitive to price changes: the price signal, invoked by all proponents of the carbon tax, works rather poorly, with the most limited effect on collective consumption. However, in the fight against climate change, it is the total volume of fuel consumed, and therefore the total greenhouse gas emissions released into the atmosphere, that matters.

Although limited, the impact of price increases on consumption is very different depending on the type of household. This is a well-known effect and has also been seen in the context of rising tobacco prices. In the case of tobacco, it was found that the increase in price, combined with prevention messages, primarily reduced the tobacco consumption of well-off social classes, thus reinforcing health inequalities to the detriment of those in poverty.

Another observation that counts equally here: the price sensitivity of household budgets to fuel prices is highly dependent on the household’s standard of living. While the richest 10% of households travel three times more kilometres than the poorest 10%, it is estimated that they reduce their consumption much less when prices increase than poor households reduce theirs. The price signal works very poorly for households that have the means to cope with it, and their behaviour changes very little.

In fact, poor households with vehicles have, on average, older and less efficient cars than the richest. They are also much more exposed to rising fuel prices: the 20% poorest households spend more than 7.5% of their budget on fuel, against less than 4% for the richest 10%.

This is the triple difficulty for poor households: more exposed than wealthier households to the increase in fuel prices, having less means to cope with it and without necessarily having the opportunity to change their vehicles or boilers. This last point is essential: it is easy to show that more than 50% of the budget of the poorest households are “pre-committed” expenditures, that is to say constrained.

Is a conversion possible?

When you are poor and the price of fuel increases, you don’t change your vehicle like you change your shirt. We live with what we have: when we do not have the means to change something, we live with our polluting vehicle or oil boiler for as long as possible, and we restrict our other consumption, the quality of our heating or our journeys: such a policy leads to eviction by prices. Price is no longer a ‘signal’ to encourage behavioural change, but a barrier preventing us from meeting mobility or heating needs, at least in the short term.

The government claims to want to respond to this situation with, on the heating side, a very small increase in the energy check [an allowance paid to households with low incomes to help pay energy bills] (from 150 to 200 euros) and a conversion bonus – not specified at this time – to remove oil-fired boilers within the next 10 years. On the vehicle side, it offers a conversion bonus of up to 4000 euros for the poorest 20% of French people. These would be people whose standard of living is less than 12,550 euros, with a low capacity to buy hybrid or electric cars whose purchase price can be as much as twice their annual income.

This is also one of the perverse effects observed: of the 250,000 conversion bonuses already paid out so far, 93% have been used to purchase cars with combustion engines (47% of which are diesel) and barely 7% for hybrid or electric vehicles. While 8.7 million polluting vehicles roam French roads, the government has only budgeted for one million conversion bonuses, or just 11.5% of polluting vehicles.

Rising prices and the conversion bonus therefore condemn almost all households, whether they have bought a new vehicle – mostly with a combustion engine – or not, to a strong dependence on future fuel price developments, vulnerable to these prices being pushed up even more by further increases in the carbon tax or by international markets.

Moreover, savings promised to households with the purchase of a more efficient vehicle thanks to the conversion bonus will be worth nothing if future governments want to achieve reductions in fuel consumption that would be significant from the perspective of the fight against global warming. Will investing more than one billion euros in a five-year period for such an outcome be worthy of an ambitious environmental policy?

First reduce the need for mobility and heating?

By making the increase in fuel prices the central policy that must drive the inhabitants of the country to change their vehicles and change their boilers, without reducing their mobility needs and their heating needs, Emmanuel Macron and the government are making themselves prisoners of an ideology that prevents action on the structural causes of too great a dependence on fossil fuels.

Putting an end to urban sprawl and bringing economic activities closer to workplaces – rather than moving them away from already urbanized areas – relocating public services and ensuring the sustainability of local shops, developing public transport and options for alternative modes of transport, are priority areas for reducing the need for mobility reliant on carbon.

In a recent report, the OECD also indicated that some public aid has favoured the destruction of natural habitats and urban sprawl. This is notably the case for the development tax, which is levied on real estate construction operations, which could be changed to favour low-space-consuming activities and avoid projects that lead to perpetuating urban sprawl and low-density peri-urban areas. Is it not time to save the soil, to reuse those already artificialized and close to existing transport systems?

While a new bill on transportation is currently being prepared by the Minister of Transport Elisabeth Borne, it seems more than absurd that the government stubbornly supports the construction of new urban or peri-urban highways in Strasbourg (GCO), Castres (A69) or Rouen (Liaison A 28-A 13), while at the same time it encourages or tacitly validates the closure of railway lines and train stations nearby, as in the South of France or in the Massif Central.

The State of California’s transport services have just acknowledged that the expansion of existing motorways, or the construction of new motorways, generates additional induced traffic that can only eventually lead to the saturation of the new routes; more roads means more traffic. Pursuing the construction of new motorways therefore inevitably leads to encouraging new journeys to be made, a phenomenon which is particularly linked to urban sprawl, and therefore to additional consumption of fuels, which the government claims to want to reduce.

Similarly, reducing the heating needs of households through a massive investment plan in the renovation and insulation of the existing housing stock should be a constant focus for the public authorities. This is not the case today: time and time again the government has halved the energy transition tax credit (CITE), which helps households install more efficient wood burners, and it has cut the ecology budget by nearly 600 million euros from the revenues derived from fuel taxes.

Why exonerate the most highly-polluting businesses from the carbon tax?

How can a policy of raising fuel prices for households be justified when companies are either exempted from these increases – in particular in air and maritime transport – or hardly affected by the very weak increase in the price of carbon in the market for European quotas? Furthermore, the proceeds of these taxes are not used, for the most part, to finance ecological transition policies that are still underfunded.

By defending an inefficient and anti-redistributive fiscal policy, and by refusing to accompany the ecological taxation with a transition plan capable of reducing the mobility and heating constraints that weigh on households, Emmanuel Macron and the government are in the process of ruining public acceptance of taxation – particularly the consent to ecological taxation which, if well thought out and researched, could be useful for reducing the levels of pollution of the richest households.

As the ecological crisis continues to worsen, they also risk making the ecological transition unpopular. It is a risk that will endure and that must be avoided at all costs. Now is the time to ensure that ecological and climate politics do not aggravate inequalities but, on the contrary, help to reduce them and allow us to move towards more fiscal and social justice.