Yale, Puerto Rico and the Discourse of Benevolent Colonialism 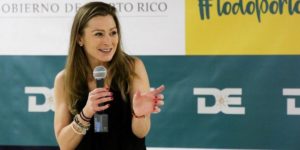 A few days ago Yale’s School of Management hosted a conference on Educational Leadership that featured as its principal speaker Julia Keleher, appointed under controversial circumstances to be the director of Education in Puerto Rico.

Keleher had recently resigned under the shadow of a federal government investigation into the irregularity of contracts concluded during her administration, a period characterized by an extreme reduction of the number of public schools and a move toward the privatization of education on the island. She told her audience at Yale that she regretted the pain that many communities suffered from the closing of so many schools, but that “someone had to be the adult in the room.”

This is a discourse of “the white man’s burden” that sadly repeats the way in which the U.S. has viewed its “benevolence” toward Puerto Rico since “we” occupied the island. In 1899 following the worst hurricane on the island prior to Maria in 2017, Major John Hoff, head of the U.S. relief effort, put it clearly: “We will keep them alive; will lead them slowly gently toward the light, and finally in half a hundred years they will catch the first glimmering ray which will show them what our standards are and what we wish theirs to be.”

These are the attitudes of “tutelary colonialism” that have been recurrent in our relationship with the island in particular, and with Latin America in general. One need only examine the current tweets of the President and the attitude of Congress in the previous administration toward the island’s fiscal and humanitarian crisis to see that our policies continue to be shaped by a combination of depreciation of the Puerto Ricans tinged with racism, corruption both here and on the island, and, as Keleher’s policies represented, a kind of “disaster capitalism” aimed at reducing the public sector of education. Even within a capitalist economy education, we might remember, is not simply a matter of profit and loss. It is an investment in long term returns.

That Ms. Keleher was able to use Yale as a platform for her program and attitudes (her picture speaking from a podium surrounded by Yale logos appeared prominently in El Nuevo Día, San Juan’s most popular daily paper) was particularly disheartening given Yale’s long and positive association with the island where former faculty like the Historian Hiram Bingham (who as Senator led a Congressional committee that advocated extensive relief to the island in 1928) or the anthropologist Sidney Mintz (whose extensive personal library was recently donated to the University of Puerto Rico) represented a profound concern for the island and a respect for its culture and its people.

0 comments on “Yale, Puerto Rico and the Discourse of Benevolent Colonialism”

1 Pings/Trackbacks for "Yale, Puerto Rico and the Discourse of Benevolent Colonialism"