Why Isn’t Sexual Violence Being Talked About in This Election? 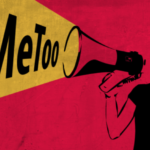 With allegations of sexual harassment against both Democratic Presidential nominee Joe Biden, and President Donald Trump, with 26 alleged victims of sexual violence having come forward, this is an obvious topic that needs a ton of light shed upon it.  For every 1,000 sexual assaults on women, 995 of those predators will walk free. So, why is it that this topic has been completely avoided during the election? Why is it that, in the year 2020, women still do not feel safe in the United States?

As a female, I can personally attest to the many times I have been at the end of inappropriate comments, unwanted touching, and work place sexual harassment, beginning at the age of 14 years old. In particular, I can relate to why so many are passionate about this subject, as I’ve been sexually assaulted myself. It was something I kept to myself  for two years. I did not speak of it to a soul. I told myself, like many victims, it didn’t really matter. I tried to downplay the entire experience, but carrying it alone took a toll on me. The shame was insurmountable. I felt so exposed, emotionally raw, and terribly embarrassed. I worried I would be looked at differently. I worried people would judge me for not coming forward sooner, which is why it is so common that survivors often do not come forward  until years later.

Society taught me that men assaulting women wasn’t a big deal, and nothing would be done. After all, our current President, former Presidents and lawmakers have been oppressing and violating women for years. They are the leaders and role models for not only our country, but the entire world. We are setting a dangerous global precedent. Complacency is not okay and enables rape culture.

One would think that with the Women’s Rights and #MeToo movements, sexual crimes would lessen. One would also assume that our government would pass legislation and criminal justice reform surrounding sexual violence. However, this has not happened. This predator mentality is now trickling from the top of society down into our school systems. The Centers for Disease Control and Prevention reported that 7.4% of high school students had been physically forced to have sex when they did not want to. My own teen daughter and her female friends, who themselves have had to combat unwanted sexual advances from classmates, think it’s funny to shame and harass girls. The statistics almost double for college, where 11.2% of all undergraduate and graduate students have been the victim of rape or sexual assault.

How can we be shocked when kids are subjected to a desensitized world, where congressman, senators and even Presidents, literally get away with rape and sexual harassment? Since 2017, over 90 allegations have been brought against state legislators.

To unravel a culture, you must first start at the top. Sexual predators come in the form of Republican, Democrat and all colors of the political rainbow.  Below are some accounts of state legislators’ sexual transgressions in the past few years.

These are just six examples out of numerous accounts, though there are many more.

Between 1997 and 2017, $17 million dollars of taxpayers’ money went to settlements to keep legislators out of court and out of jail. The American people have been paying for the cover-ups of politicians for years. It is absolutely disgusting to think that the women who have been raped are paying their hard earnings in taxes to help government officials assault women without consequence. Currently, our Justice Department is spending American tax dollars to try and get Donald Trump out of a defamation law suit, concerning an Apprentice contestant he sexually assaulted.

Twenty five other women have also accused Donald Trump of sexual misconduct, including assault. This is in addition to his “on the record” public interviews demoralizing women, and minimizing rape, since the 1970s. Not only has President Trump never apologized or admitted guilt, he has called all his victims “liars.” He consistently defends himself with sexist comments, saying that the women that came forward were not attractive enough for him to consider assaulting. In a video that was released in 2016 by Access Hollywood,  Trump was interviewed and bragged about grabbing women’s genitals in 2005. In his exact words, he told anchorman Billy Bush, “I don’t even wait. And when you’re a star, they let you do it, you can do anything… grab them by the pussy.” When Trump was confronted, he denied all accusations, saying during his presidential campaign that he was going to sue everyone who accused him. To date, he has not tried to sue any of the women, and on the contrary, two of the women are suing him. As soon as he leaves office, these legal battles are waiting for him.

Here are but a few examples from the public records of Trump’s alleged sexual misconduct, prior to the 2016 election.

It is hard enough to read these accounts, let alone fathom that they were committed by the Commander-in-Chief of the United State of America. These women are coming out and sharing their sensitive stories, despite knowing the backlash they will receive. They know money and power make President Trump and other politicians immune to the laws of our country.

To be fair, Joe Biden is no saint himself in the sexual allegations department. Most notably, Tara Reade has recounted her experience with Biden in 1993:“He’s talking to me and his hands are everywhere and everything is happening very quickly she recalled. “He was kissing me and he said, very low, “do you want to go somewhere else?” Reade said Biden penetrated her with his fingers before she was able to pull away. When she did, she says he appeared confused. ‘He looked at me kind of almost puzzled or shocked,” Reade told the New York Times.

For those who ask, “why did it take the victims so long to come forward?” To put it frankly, this country glorifies sexual assault. Even when these women did the hardest thing possible and spoke their truth, an accused rapist still became president. These women are someone’s daughters, wives, grandmothers, etc., not just statistics. They are real people who have experienced soul-crushing violence.

Will we remain silent as our society continues to perpetuate this cycle and send the message that a man has more rights over a woman’s body than she does herself? Political biases must be put aside. This has nothing to do with being Democrat or Republican or otherwise. It is about basic human rights and equal protection under the law. We the people should do what’s right and just for all. We the people must put basic human rights, and specifically a woman’s right to bodily autonomy, before politics. We the people must never be silent while injustice exists and our government does nothing. Our right to vote this year has never been more important. Together, our voices can be heard by exercising our constitutional rights and removing the corrupt from office. Together, we can create a safer future for our daughters and send a message to countries all over the planet. Women’s rights are human rights, and the oppression must stop now.

Arnold, Amanda and Lampen, Claire. “All the Women Who Have Spoken Out Against Joe Biden.” The Cut, 12 April, 2020, https://www.thecut.com/2020/04/joe-biden-accuser-accusations-allegations.html.

Lee, MJ, et al. “Congress paid out $17 million in settlements. Here’s why we know so little about that money.” CNN Politics, 16, November, 2017, https://www.cnn.com/2017/11/16/politics/settlements-congress-sexual-harassment/index.html.

Relman, Eliza. “The 25 women who have accused Trump of sexual misconduct.” Business Insider, 1 May, 2020, https://www.google.com/amp/s/www.businessinsider.com/women-accused-trump-sexual-misconduct-list-2017-12%3famp