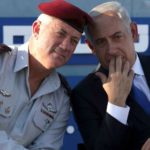 When the dust settled after the March 2nd Israeli general election, the left found some reason for hope in the fact that once more, Prime Minister Netanyahu’s bloc, led by his Likud party, had fallen just short of a majority with 58 out of 120 seats. While the creation of a government without Netanyahu still seemed unlikely, the COVID-19 epidemic appeared to be shifting the political equation in the Knesset. On March 12, Netanyahu called for the formation of a temporary unity government to respond to the crisis, and opposition leader Benny Gantz of Kahol Lavan responded favorably, endorsing “A government defined as one that fights the virus that does not distinguish between right and left, between religious and secular, and between Jews and Arabs.” Beyond forestalling the disastrous “Deal of the Century,” it looked possible that for the first time ever, the majority-Arab Joint List, the third-largest faction in the Knesset, might be included in government.

The April 20 announcement of a Zionist-only unity government puts all of those hopes behind us. The Joint List is out. Likud is still in. And after three rounds of elections, the dissolution of three political coalitions, and a veritable constitutional crisis as yet unresolved, the same criminally indicted, authoritarian premier of the last decade will once again maintain his seat.

The technicalities of who “won” and “lost” the most recent election, however, will be seriously overshadowed by all of the other dramatic ramifications this most recent capitulation of the center is bound to have on the structure of Israeli politics, the legitimacy of Israel’s apartheid “democracy,” and most importantly of all, the lives of Palestinians.

In regards to the former, the partisan makeup of the Knesset is nearly unrecognizable from before the first round of 2019 elections. Kahol Lavan, a right-wing party masquerading as the representative of the political center, came into being in a meteoric rise to near-power since the beginning of 2019, before dissolving again in a dramatic split when it became clear that Gantz would not keep his promise to refrain from serving in government under an indicted Prime Minister. The far right has shuffled and reshuffled, eventually resulting in 6 seats for the new Yamina coalition without representation of the fascist Otzmah Yehudit in Knesset (though, with Otzmah Yehudit talking points being parotted by Likud members every time an election rolls around, the extent to which this can be considered a victory is limited). But far and away, the greatest impact in this regard will be the transformations on the left.

On the one hand, The Joint List built on its success in last year’s elections, jumping to 15 seats–an unprecedented representation of non-Zionist parties in the Knesset. Fully 87% of Arab voters cast votes for the Joint List, and Jewish votes for the Joint List more than doubled (though, don’t get too excited–in an Israel where opinion polls show nearly 80% of Jewish residents supporting “preferential treatment” for Jews over Arabs, a doubled Jewish vote for the coalition of Arab parties means around half of one percent of Jewish voters).

On the other hand, left-wing Zionism, once the hegemonic political force in Israeli politics, is now struggling for any Knesset representation whatsoever in a groundbreakingly right-wing Israel. The liberal and labor Zionist parties, reduced to a single electoral list in the Labor-Gesher-Meretz coalition so as to ensure representation, won only 7 seats in the most recent elections–down from 29 seats prior to 2019. Now, even this paltry showing has dissolved after Labor leader Amir Peretz–who in April 2019 shaved his mustache “so that all of Israel will understand exactly what I’m saying and will be able to read my lips: I won’t sit with Bibi [Netanyahu]”–joined the unity government to promises of a cabinet appointment from Bibi.

On the right, the institutional changes of this most recent election are largely cosmetic. The replacement of Netanyahu was truly the raison d’etre of the Kahol Lavan coalition; so no doubt, Gantz’s betrayal of that most basic of unifying principles will draw strong condemnations from the segments of his party who have now split off. But the electoral decision between Gantz and Netanyahu was never about choosing between substantively different visions for Israeli society; it was about one segment of an all-Jewish ruling class and its attempt to eject a particularly unseemly, undemocratic leader from another segment of that same ruling class. When all was said and done, a Gantz regime was always going to continue the rightward trajectory of Israeli civil society, deepen the Israeli military stranglehold over the Occupied Territories, and maintain boundaries around political power that disenfranchised Palestinians–in a word, a Gantz regime would fail to break substantively with Netanyahu’s policies. The April agreement on a unity government is simply an absurdist reminder of this fundamental truth: at the end of the day, even allowing for a future breakup of the government, Likud was amenable to trading legislative and administrative appointments to Kahol Lavan in exchange for judicial power (largely over Netanyahu’s trial) because Likud knew they had nothing to fear from a policy standpoint even under a Kahol Lavan-led government.

On the left, however, this series of elections marks a real turning point. Already, the statements from liberal, US Zionist institutions have begun flying off the presses, pairing optimistic welcoming of the unity government with cautious appeals to maintain the two-state solution by refraining from annexation of settlements. Such appeals are meaningless, however, when the unity agreement has already approved a path toward annexation starting as early as July 1st, and even the more principled anti-annexation forces have begun to defect to the pro-annexation government. Liberal Zionism in Israel is dead; in its place is a fervently pro-apartheid, genocidal center on the one hand, and on the other, the only hope there has ever been for a resolution to the Palestine problem: a progressive and radical grassroots movement led by Palestinians for the protection of their democratic and human rights.

The prospects of the latter are bleak. Any hope of a far-off, mythical two-state solution is scheduled to vanish on July 1st with the annexation of an unspecified amount of settled Palestinian land. When that happens, the terms that have defined the last 50 years of negotiations in Israel/Palestine will have been officially overturned: the promise of “land for peace” will have lost its basis. The peace process will have failed to make way for a Palestinian state. And the parliamentary route to anything resembling self-determination outside of bantustans has now, once again, been rejected by a Zionist political establishment that maintains an immovable red line around Arab participation in government, knowing that any ground given to independent Palestinian political activity is potential territory lost in the ongoing war on Palestinian lives, livelihoods, and land. In that context–with no hope of either a diplomatic or democratic road to Palestinian self-determination–mass disruption of life across historic Palestine will be not only the last resort for saving a set of politics; it will be the rational course of action for a people being threatened with genocide.

For some, this will mean a turn to armed resistance; indeed, the first apparent act of retaliation already transpired on Wednesday when a 25-year-old Palestinian man attacked an Israeli checkpoint outside of occupied East Jerusalem and was killed by Israeli police. No doubt, there will be others like him; the Israeli government has burned the proverbial ballot in Palestine, and left only plenty of bullets. The blood that is sure to be spilled in the coming months, both Palestinian and Israeli, will be on that government’s hands.