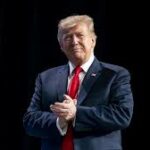 U.S. President Donald Trump has refused in repeated interviews to promise a peaceful transfer of power should he lose, his statements causing consternation among the public, the Democratic Party opposition, and even in his own Republican Party. Trump claims that mail ballots—being more widely used because of the coronavirus pandemic that has left 205,000 dead—are a “scam.” He says there will be massive voter fraud, though mail ballots have been used by some states for years and there is no evidence of fraud. All of America is now discussing the possibility of an illegal seizure of power by Trump.

Democratic House leader Nancy Pelosi told Trump, “You are not in North Korea; you are not in Turkey; you are not in Russia, Mr. President, and by the way, you are not in Saudi Arabia. You are in the United States of America. It is a democracy, so why don’t you just try for a moment to honor your oath of office to the Constitution of the United States?” Even Republican Senate leader Mitch McConnell who has strongly supported Trump felt obligated to make he statement, tweeting out, “The winner of the November 3rd election will be inaugurated on January 20th. There will be an orderly transition just as there has been every four years since 1792.” Most Republican politicians try to avoid comment.

Trump’s opponent, Democratic Party presidential candidate, Joseph Biden, is leading in the polls in battleground states. And many women, some white working class voters, and older voters are deserting Trump. So he has been working to steal the election. He has reduced U.S. Postal Service resources, which will impede the timely return of mail ballots. He has brought lawsuits against four states—Iowa, Nevada, New Jersey, and Montana—and against the Navajo Nation to make mail voting more difficult. He claims that mail ballots will make it impossible to determine who has won the presidential election. It is expected that in some states final election tallies might not take place for days or perhaps even weeks after Election Day. Trump is pushing to fill immediately the Supreme Court vacancy created by the death of Ruth Bader Ginsburg, saying the court may have to decide the election.

What could happen on Election Day?

Part of the left—myself included—urges a vote for Biden to make it more difficult for Trump to claim victory and justify seizing power. Facing Trump, the Democratic Socialists of America has thousands of new members and the entire left can play a more important role in building a powerful resistance movement and the new socialist party we need.