Trump Forever? He May Try 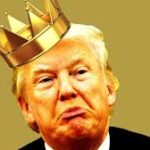 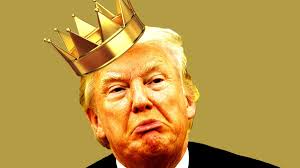 In the midst of the worst pandemic in U.S. history and what may be a Second Great Depression worse than the first, President Donald J. Trump’s chief concern is reelection to the presidency in November. He is now using the coronavirus crisis and the economic collapse of the economy to rev up his campaign and rouse his base with a reopening of the economy that jeopardizes the health and the economic well being of millions. So we are heading for a second wave of infections and for what will be, as one health expert put it, “the darkest winter in modern history.”

With 40 million unemployed and nearly 100,00 dead, Trump praises himself and his administration and blames China, the World Health Organization, Barack Obama, and the Democrats for the virus. Racism and xenophobia remain at the heart of Trump’s white nationalist vision. He hints that China may have spread the virus intentionally and his aides talk of Chinese travelers sent to “seed the virus” in Europe and America. He is closing the U.S. borders to all immigrants indefinitely, supposedly to keep out the virus. It was of course Trump’s failure to take swift action that has led to tens of thousands of needless deaths and economic collapse.

In the midst of the pandemic, Trump has focused on strengthening his control and eliminating his critics. He has in the last few months fired four of the inspector generals who oversee and prevent corruption in the spending of trillions by the Departments of State, Health and Human Services, Intelligence, and Transportation.

Trump’s current slogan is “Transition to Greatness” through the rapid reopening of the American economy without regard for workers’ health. Trump ended the federal shutdown, established health guidelines for reopening, and turned responsibility over to the governors. They in turn allowed business to resume, even though their states didn’t meet the White House health guidelines. Trump, with no authority to do so and ignoring health experts, also ordered all places of worship to open, to please his evangelical Christian base. Today all states have reopened some activities, and with this push to return to normal, many people have given up social distancing and masks.

Trump’s sons have joined their father in launching what will be a vicious election campaign. Donald Trump, Jr. launched an Instagram and Twitter barrage accusing Joe Biden of being a pedophile, a groundless accusation. Eric Trump suggested to Fox News that the Democratic Party wants to keep the country locked down to prevent his father from holding his massive campaign rallies. Ignoring completely the issue of health, Eric Trump said,  “They think they’re taking away Donald Trump’s greatest tool…. And guess what, after November 3rd, coronavirus will magically, all of the sudden, go away and disappear and everybody will be able to reopen.”

Trump uses his office to campaign, visiting a Ford factory in Michigan, as Biden holds video meetings from his home. While the Democrats hesitate to call a national party nominating convention for fear of exposing their delegates to coronavirus and accelerating its spread, the Republicans plan to hold a full-scale convention, despite the risks to their delegates and to public health. Venomous ads paid for by “dark money” from unknown donors begin to appear everywhere.

Health conditions will make holding the November election difficult, but Trump has opposed mail ballots on the ground that they will promote election fraud and has threatened to cut off federal funds to states that use them. The United States has virtually no election fraud and mail ballots have not been associated with fraud, but Trump wants to keep down the Democratic Party vote. His son-in-law Jared Kushner has suggested the election should be postponed. All of this may be preparation for Trump to claim if he loses in November that the election was invalid and to try to remain in the presidency illegally, that is, to make himself a dictator.

Image from The Daily Beast