The “PMC” Does Not Exist and Why it Matters for Socialists 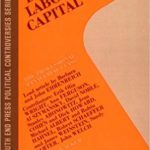 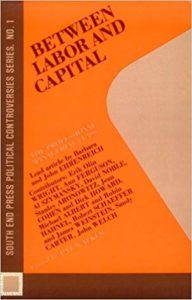 2019 was the year when “PMC” entered the vocabulary of many radicals in the U.S. and, to a lesser extent, the rest of the Anglosophere. As Alex Press observes, “’Professional-managerial class’ (PMC), a term coined by Barbara and John Ehrenreich in a 1977 essay for Radical America, has recently emerged from academic obscurity as a shorthand, of sorts, for technocratic liberalism, or wealthier Democratic Primary voters, or the median Democratic Socialists of America (DSA) member, depending on who you ask.”

The term was originally meant to refer to “salaried mental workers” who are separated from the capitalist class because they don’t control any means of production, but who are also said to have, in Ehrenreich and Ehrenreich’s words, “an objectively antagonistic relationship” to the working class because of the function of their work – reproducing capitalist society – and their high status within workplace hierarchies. The PMC was said to include “teachers, social workers, psychologists, entertainers, writers of advertising copy and TV scripts” as well as “middle-level administrators and managers, engineers, and other technical workers.”

There’s no doubt that lots of people do such paid work. But are they a distinct social class? This takes us to the heart of the issue: what’s class? Ellen Meiksins Wood was right to argue in Democracy Against Capitalism (1995) that “There are really only two ways of thinking theoretically about class: either as a structural location or as a social relation. The first and most common of these treats class as a form of ‘stratification,’ a layer in a hierarchical structure… In contrast to this geological model, there is a social-historical conception of class as a relation between appropriators and producers.”

The concept of the PMC combines elements of both models. It “confuses a group’s function with its class position,” as Peter Meiksins argued. Having a particular function doesn’t by itself make a group of people a social class. People who don’t control any means of production are employed to perform many different functions for capitalists and state managers. Many are directly involved in one way or another in producing goods and services as commodities and then selling them. Others aren’t. Many of the latter work for the state, whether in education, social services, public health care (where it exists), government administration, prisons or policing. “One must be careful,” Meiksins warned, “not to assume that a group of workers is in a different class simply because of a distinctive function.”

Does their place within the structure of capitalism really make the relationship between most so-called PMC members and other wage-earners so antagonistic that they constitute a separate class? Or are most better understood as part of the working class, some of whose segments experience friction with other segments because of how capitalism organizes our lives? Conflicts between students and parents on the one hand and teachers on the other, or between parents and social workers, are similar to bus drivers’ conflicts with riders. The frictions are real, and they’re often shaped by racism and other forms of oppression. But they’re not antagonism between classes.

What about the status and working conditions of people often seen as belonging to the PMC? Peter Meiksins hit the nail on the head: “Privileged, skilled, autonomous workers are still wage-labourers, whose privileges, skills and autonomy are under constant threat of removal by capitalists” and public sector bosses.

In short, most of the people labelled “PMC” by users of the term should instead be understood as part of the working class (a minority are not, chiefly middle managers). This means that the working class is both broader and more internally-divided by workplace hierarchies, educational credentials, and other cleavages than many socialists realize, as well as divided by gender, racial and other forms of oppression.

There’s nothing new about deep internal divisions in the working class. For example, in the second half of the 1800s skilled craftworkers often had helpers whom they hired and fired and paid out of their own wages. One thing that is distinctive about advanced capitalist countries today is the division in the class connected to the larger share of jobs classified as “professional,” for which workers are required to have university degrees (of course, many workers with degrees don’t work in such jobs). As Jeff Schmidt argues in Disciplined Minds – a book that every leftist considering graduate or professional school should read – employers expect professional workers to be creative “but within strict political limits.”

There are real differences between workers often dubbed PMC and other workers. In the workplace, professional workers are often assigned what Karl Marx called the “function of direction” (supervising other workers). Outside of work, they often associate with each other and self-employed university-trained people like doctors and lawyers more than with people in other layers of the working class. These differences have political consequences and shouldn’t be ignored. However, they are differences within the immense majority who make up the collective labourer, to use another of Marx’s phrases, not evidence of a separate PMC.

This argument about class theory matters politically. PMC theory reinforces narrow notions we’ve inherited from earlier eras in the history of capitalism about who the working class is. Such notions can get in the way understanding and participating in the struggles of the actually-existing working class in our time.

People thinking of themselves as PMC reinforces the idea that “we’re not workers” which is extremely common among workers with graduate or professional degrees. That belief is an obstacle to such workers figuring out what side they’re on, unionizing, striking, and finding common cause with the majority of the working class that doesn’t have professional status. It can also encourage guilty moralism (“are we asking for too much? after all, others have it much worse than us”) among university-educated workers who start organizing and fighting collectively.

PMC theory can easily lead to socialists arguing for watering down demands in order to create an alliance between the working class and PMC. In contrast, recognizing that most people labelled PMC are actually part of the working class and that their relatively better conditions are also threatened by austerity and employers’ drive to intensify work avoids this danger. This helps us to look for commonalities in the experiences of quite different segments of the working class.

Taken to its logical conclusion, PMC theory would lead to questioning the inclusion of members of the so-called PMC in working-class organizations; after all, the PMC’s interests are supposedly antagonistic to those of the working class. That’s precisely the opposite of the approach best suited for undermining the elitism and narrow-minded sectionalism rampant among higher-status workers with professional credentials: promoting as much egalitarian convergence and association with other workers as possible. The more workers with professional status come together with other workers in settings where they don’t have the kind of control they do in the workplace, the more they’re likely to recognize both shared class interests and which of their advantages that are denied to other workers ought to be given up for the common good. This makes unions in which professional workers participate alongside other workers – like Ver.di in Germany, which includes many kinds of service workers, or SITUAM at the Metropolitan Autonomous University in Mexico, which includes faculty members as well as “blue collar” and “white collar” support staff – preferable to craft unions of professional workers alone. But that’s not the kind of organization to which PMC theory points.

In 2020 let’s give up talk about a PMC and focus on the challenge of how to contribute to forging bonds of solidarity within a deeply divided working class.