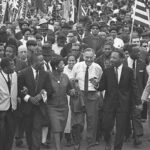 Isabel Wilkerson is by trade a journalist and a storyteller. In her previous book, which garnered scores of awards, she traced the Great Migration of Blacks escaping the yoke of oppression in the South to less perilous, though still fraught, lives in Northern cities. She narrates this history through the lives of three people, in over 600 pages, perhaps a record for what Clifford Geertz coined “thick description.”

Tomes have been written by historians and sociologists documenting the Great Migration, but none with a riveting title like The Warmth of Other Suns, which conveys the human ramifications and drama of this turning point in African American history. With her genius for storytelling, Wilkerson narrated “the untold story” of the Great Migration.

In her sequel, Caste, Wilkerson breaks out of the lexical stranglehold associated with the term “race.” Her revelation was that there are compelling affinities among different forms of subjugation and domination, ranging from centuries of slavery in the United States to the untouchables in India and Jews in Nazi Germany. I am going to sidestep the debates among critics who insist that these systems of hierarchy are not comparable. For Wilkerson, the affinities provide stark proof that subjugation and domination take varied forms. And with her trademark as a wordsmith, she declares that “race, in the United States is the visible agent of the unseen force of caste. Caste is the bones, race the skin. Race is what we can see, the physical traits that have been given arbitrary meaning and become shorthand for who the person is. Caste is the powerful infrastructure that holds each group in place.”

This is the acuity and captivating prose that speak to Wilkerson’s readers as she brings to light the multifarious ways in which caste and race are the twin toxins of the human spirit. Her penetrating optic and voluminous research allow her to ferret out a deep and detailed account of the lived experience of the victims of race and caste. Ultimately, her storytelling engenders a reluctant awareness of our muted complicity. This is where thick description allows readers—and white readers in particular—to bear witness to the horrors and soul-killing facets of race and caste. Her adroit storytelling jumps off the page, and we should not be surprised that Ava DuVernay has found the raw material for her next film.

Few Americans have more than flimsy knowledge that slavery existed for almost two centuries before the colonies revolted against English rule. Indeed, Gerald Horne has persuasively argued that the American Revolution of 1776 was precipitated by fear that the English were on the verge of eliminating slavery in the colonies. Nor is it generally known that the Constitution that declared in its Preamble that “all men are created equal” also sanctioned slavery, which persisted for eight decades until finally dismantled by a Civil War that culminated with the emancipation of slaves through the passage of the Thirteenth Amendment in 1865—though without any restitution whatsoever for centuries of unpaid labor. Our culture and political institutions do little to raise consciousness of the extent that racism is baked into the fabric of American society. Against this background, the unexpected uprising of youth after the police murder of George Floyd was a rare wake-up call that the shadow and legacy of slavery still sully American society and make a chimera of our flawed democracy.

Let me provide an example of Wilkerson’s wordcraft as it pertains to the recent scourge of police killings of Black men, even when they pose no threat to police. What is this if not lynching by another name? These murders are meted out with impunity and rarely exposed in newspapers, much less courts of law. Against this background, consider Wilkerson’s understated but breathtaking depiction of a “lynching tree”:

In the middle of Main Street in a southern American town, there stood a majestic old tree, an elm or an oak or a sycamore, that had been planted before modern roads were paved. It held a sacred place in the hearts of the townspeople, though it was an altogether inconvenient location for a shade tree. It blocked traffic, coming and going, and motorists were forced to curve around it to get through town. It was the potential cause of many accidents, given that motorists could not always see past it or know for sure who had the right of way.

And yet it could not be cut down. It was the local lynching tree, and it was performing its duty to “perpetually and eternally” remind the black townspeople of who among them had last been hanged from its limbs and who could be next. The tree was awaiting its appointed hour, and the white townspeople were willing to risk inconvenience, injury, and death, even to themselves, to keep the tree and the subordinate caste in their places. The tree bore silent witness to black citizens of their eternal lot, and in so doing, it whispered reassurances to the dominant caste of theirs.

In other passages, Wilkerson does not spare her readers graphic and gory portrayals of the savage mutilation of Black bodies and even the prize collection of body parts as souvenirs. Her account resonates with Eric Lott’s provocative analysis of lynching postcards that were sent to loved ones. Wilkerson singles out one such postcard from Waco, Texas, in 1916, which reads, “This is the Barbecue we had last night. My picture is to the left with the cross over it. Your son, Joe.”

I noted above that Wilkerson is by trade a journalist and a storyteller, though I hasten to add that she has taught and lectured at hundreds of colleges and universities across the nation. It is noteworthy that this 500-page book centered on race and caste has climbed to the top of the New York Times best-seller list. However, it behooves us to pick up the other end of the stick, and engage another version of storytelling.

The glaring omission in Caste is political economy. Of course, Wilkerson is not oblivious to the uses of caste, both to elevate and enrich the higher caste and to consign the lower castes to perpetual subordination and degradation. The problem is that she ambiguously attributes this disparity to “history” and “tradition.” As a result, Wilkerson offers no theory of caste, and therefore when she reaches the end of book, she has no vision for eliminating caste beyond an exhortation to dispense with the atavisms of the past and to cultivate our common humanity. Readers are left to lament the horrors and injustices of caste, without stopping to contemplate the extent to which domination and suppression are anchored in major political and economic institutions. No doubt many readers like it that way, lest they are confronted with their own complicity and expected to forgo the advantages and privileges of caste. Or lest they are called upon to pay reparations for centuries of plunder of Black labor, as is advocated by Black activists such as Manning Marable, Ta-Nehisi Coates, Ibram X. Kendi, or most recently, William A. Darity and A. Kirsten Mullen.

To cut to the chase, capitalism and colonialism receive only peripheral treatment in Wilkerson’s narrative. To be sure, slavery receives copious treatment in Caste, but the book stops short of addressing the origins and functions of slavery and its relevance to the present, which would lead to a critique of how the legacy of slavery is embedded even today in our retrograde democracy. Instead, readers are left to ponder The Origins of Our Discontents, as in the subtitle, and to envision “A World Without Caste,” as in the epilogue.

In 1847—15 years before the Civil War—Karl Marx offered another narrative that shed light on the political economy of slavery. Marx wrote, “Without slavery there would be no cotton, without cotton there would be no modern industry.” In one epigrammatic sentence, Marx summed up the relationship of slavery to the emerging industrial revolution in the United States and England. Cotton provided the raw material that was exported to nascent textile industries in New York and Birmingham, which exploited the labor of women who produced clothing for global markets. Indeed, one can trace the entire history of the slave trade as providing the labor that spawned the early phases of both capitalism and colonialism. Thus, it can be said without hyperbole that American capitalism was built on the backs of slaves. Small wonder that America’s founders shrugged off the two congenital evils—slavery and colonialism—as “a necessary evil.”

Wilkerson has delivered on her promise to tell the story of caste, with vibrant and revelatory prose. I am less impressed with the professional reviewers who fell over each other with vacuous encomiums about this “instant classic.” Sadly missing are thoughtful critiques that challenge readers to think beyond their comfort zone.

In contrast to the hype, consider the following review in the Black Agenda Report, a left publication with a focus on issues of race and racism. The reviewer, Anthony Monteiro, is an organizer with Philadelphia’s Saturday Free School, a Du Bois scholar, a community educator, and a radical and activist. To quote Monteiro,

A New York Times reviewer called Isabel Wilkerson’s new book Caste: The Origins of Our Discontent “an instant American classic and almost certainly the keynote nonfiction book of the American century thus far.” It is neither. Oprah says it “might well save us.” It won’t. … Wilkerson’s arguments turn attention away from actual racial and class conditions, to a non-material and made-up reality she calls caste. … In the name of caste, she flips reality on its head, from working people to their alleged deeply held beliefs; beliefs so deep in their consciousness that they seldom recognize them. Such analysis works in polite parlor discussion, or in university faculty lounges, but is completely meaningless to the lived experiences of Black folk and workers.

Monteiro has “picked up the other end of the stick.” He brings to light the limits of storytelling, despite its compelling optic on the wrongs of the past. Beyond that, it is imperative that we shift the focus from the sins of the past to the powerful structures and institutions that continue to consign Blacks disproportionately to the fringes of American society and its system of rewards.

My contention is that the high point of the civil rights revolution was the passage of landmark legislation in 1964 and 1965 and that, contrary to general belief, we have been moving backward ever since. As early as 1968, in Where Do We Go from Here, Martin Luther King Jr. conveyed his apprehension that the Civil Rights Movement was moving backward, not forward. As he wrote,

King already feared that the writing was on the wall: “Blacks got their rights, and they should ask for nothing more.”

Indeed, the three major initiatives of the civil rights era—school desegregation, protections against employment discrimination, and voting rights—have all been eviscerated or rolled back, thanks in large part to the perversity of the Federalist Society in conjunction with the increasingly reactionary Supreme Court. The euphoria over the election of the first Black president was quickly extinguished with the election of Donald Trump and the surge of the far right.

Yet to be seen is whether this is the dying gasp of white supremacy or whether racism has emerged with renewed force, regardless of the outcome of the 2020 election. There is much political work to be done to repair the damage of Trumpism, not to speak of the possibility of even more dangerous demagogues on the horizon. Just as Wallace was a premonition of Trump, we cannot be sure that the American cocktail—of racism, nativism, sexism, and other retrograde proclivities—is not also prone to recrudescence.