Questions for the International Left 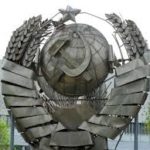 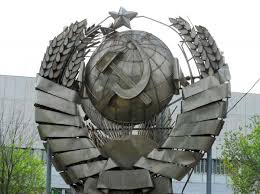 In anxious anticipation of the Brexit referendum, then U.K. Prime Minister David Cameron summed up the philosophy of politics that drives him and so many who occupy the command posts of power: “I divide the world into team players and wankers.” He recounts lashing out at former Education Secretary Michael Gove, who caught Brexit fever: “You’ve always been a team player. Don’t become a wanker.”

Cameron’s very inability to articulate a higher calling for politics is perhaps one of the reasons the political mainstream is witnessing an upsurge of far-right discontent and left dissident challenge. In his book of interviews, Dissidents of the International Left, freelance writer Andrew Heintz has started a dialogue with 77 left-leaning thinkers, organizers, and activists from around the globe. Most seek to offer far more possibilities for politics than Cameron’s consummate team player who will scuttle human rights and high principles if such actions can avert the wretched plunge into the Sargasso Sea of wankerdom. In contrast to these Tory longings for team unity above all other values, Heintz sees nonconformity and thriving debate as an asset to the international left against a sclerotic political order that for too long has preached the Thatcherite dictum of “There Is No Alternative.”

The interviews in Heintz’s book are typically short and fast-paced. His relatively brief queries are quite different from the style of other left editorial teams such as New Left Review, renowned for erudite questions but once accused of giving a multi-course tutorial to literary critic Raymond Williams in an extraordinary book of interviews with one writer. There are some themes that recur more than others in Heintz’s work: 1) the fate of the Kurds and their governance models, 2) the failure of Amnesty International and Human Rights Watch to tackle human rights violations by non-state actors, 3) the storm over left ideas of foreign policy and whether there can ever be grounds for supporting U.S. military and “humanitarian” interventions given the neo-imperialist logic of Washington, and 4) the possibilities for connecting with those North Koreans dissatisfied with lives of ideological quarantine in the so-called Hermit Kingdom.

The fate of the Kurds allows for exploration of the ways Murray Bookchin’s idea of libertarian municipalism inspired the governing of Rojava. Bookchin’s companion Janet Biehl gives an interview in which she elaborates how Kurdistan Workers Party leader Abdullah Öcalan took up social ecology and the governing ideals in later works of this Vermont theoretician. Öcalan repackaged these concepts under the label of democratic confederalism.

The Kurds are presented as delivering resources of hope in a world where governments of the left too often have taken an authoritarian and anti-democratic turn. Even here, there are a few discordant notes, as when Syrian intellectual Yassin Al-Haj Saleh in his interview with Heintz denounces the “rigid, dictatorial one-party system with their personality cult of Öcalan.” Journalist Robin Yassin-Kassab worries that “to most people in Syria, the PYD [Kurdish Democratic Union Party] looks more like a Kurdish nationalist force than a revolutionary force.”

While the Kurds have faced much savagery and historical injustice, a few of Heintz’s cohort of dissidents are not fully on board with the new Kurdish models for an emancipatory politics. Often called the largest ethnic group in the world without a state to call their own, Kurdish peoples have undoubtedly been scarred by the anti-democratic practices of so many of the rulers who determine their fate. Turkey’s leader Recep Tayyip Erdoğan declares that democracy is “a tram you get on and you get off when you arrive at your destination.”

Western politicians are less bold than Erdoğan, but in certain respects many share his very truncated and transactional view of democracy. It is clear that Kurds have inspired some dissidents of the international left, but there are others with apprehensions that the high-minded Bookchinite experiments might give way to authoritarian shortcuts or the oppressions delivered by other formerly stateless peoples such as the Israelis, whose long-touted socialist kibbutzim quickly became overwhelmed by cruel occupations, ethnic cleansing, erasure of Arab heritage, and the pathologies of settler-colonial supremacism. Kurds are frequently at pains to stress that they oppose an ethnic nationalist state for their people, though the ultimate failure of many national liberation struggles to rein in nationalism remains a central challenge for the twenty-first century left.

Heintz comments favorably upon Michael Kazin’s view that the left has to find a path to patriotism and love of one’s own people if they wish to connect with the broad public in democracies. Kazin often delivers this message with vitriolic condemnation of Noam Chomsky and Howard Zinn, but in Heintz’s interview he holds his otherwise frequent fire against these left titans and instead commends the Kent State Golden Flasher and Michigan Wolverine SDSer Carl Oglesby for evoking the anti-colonial struggles of revolutionary Americans as a basis for solidarity with the anti-imperialist fight of the Vietnamese people.

In his well-known essay “A Patriotic Left,” for Dissent (Fall 2002), Kazin argued that in former times, “for American leftists, patriotism was indispensable. It made their dissent and rebellion intelligible to their fellow citizens—and located them within the national narrative.”

Executing this melding of left dissent with American patriotism may not be so easy today. Shortly after this Dissent clarion call for the liberal left to summon the powers of patriotism, U.S. Senator John Forbes Kerry kicked off his presidential campaign campaign in 2004 by channeling his inner Kazin and running as a rejuvenated patriot, or what has been described as a Brahmin Rambo. “I’m John Kerry, and I’m reporting for duty,” he confidently proclaimed while saluting the flag-waving throngs at the Democratic convention in the Fleet Center of Boston with a speech preceded by blaring Springsteen anthems. “We are here tonight because we love our country. We are proud of what America is and what America can become,” declared Kerry in his opening remarks.

Alas, his message did not carry the day. The aspiration of restoring the patriotic élan of the New Deal liberal left (its apotheosis found in the Yankee Doodle Dandy medley of James Cagney as Broadway legend George M. Cohan) failed to revive U.S. liberalism from its recent torpor. The nadir had already been reached in the abject genuflections of senators Kerry, Clinton, Biden, Schumer, and Rockefeller to the war movement, specifically the Authorization for Use of Military Force Against Iraq Resolution of 2002. The Republican right relished out-flag-waving the Kerry campaign with nonstop displays of super-patriotism and star-spangled spectacles venerating American greatness.

In “Why the Left Needs Liberals” (Dissent, Fall 2019), Kazin is now promoting a Popular Front type of message, imploring the left to maintain a united front with liberals. Too often in recent times, the Kazin formula of a patriotic left allied to liberalism has become transformed into pallid centrism dressed up in the aforementioned Yankee Doodle Dandy regalia. In the election cycle of 2020, Kazin holds out hope this time will be different. In retrospect, he might well repudiate the Brahmin Ramboism of Kerry as the proper manifestation of left patriotism.

Of course, Heintz’s book ranges far and wide with interviews of luminaries of the left (Chomsky, Nobel laureate Amartya Sen, Pakistani physicist Pervez Hoodbhoy, political commentator Glenn Greenwald, and Mexican investigative journalist Anabel Hernandez). Heintz incorrectly calls Chomsky’s co-authored classic “Manufacturing Dissent” (25), rather than Manufacturing Consent, though one can appreciate the wishful thinking behind the error. For many readers, the value of Heintz’s book will be to introduce a whole battalion of new voices addressing countries that are usually neglected in the media (Lino Veljak on Croatia, Thea Riofrancos on Ecuador, Tesfagabir Ghebre-Egziabiher on Eritrea, Juslene Tyresias on Haiti, Moon Nay Li on Myanmar, Hassan Abdullahi and Lekan Latubosun on Nigeria, Sokeel Park and Lee Sang Yong on North Korea, Alex de Waal on Somalia, Sonja Licht and Stasa Zajovic on Serbia, Chulani Kodikara on Sri Lanka, and many others). The names of Hassan Abdullahi and Lee Sang Yong are misspelled, which is odd because Heintz gets the latter correct in the web version of the interview.

Sociologically, the book is skewed toward older voices, with the exception of Africa, where four out of the eleven people interviewed are under 35 years of age. In total, only 7 out of 77 people in this book are under 35 years of age. Out of the 17 people from North America, the youngest is 44 years old, the oldest will soon turn 91, and the median age is 65. In fairness to Heintz, he does not provide the dates of these interviews and it is quite possible that some interrogations were conducted early in the decade, when several more were under 35 years of age. The median age of the global population is 28, and young people are behind many revolts around the globe. At age 28, Wordsworth began The Prelude, and his words on his teen years at the start of the French Revolution live on: “Bliss was it in that dawn to be alive/ But to be young was very heaven!” Life under late capitalism may not be so heavenly for the young, but few would deny that the likes of Alexandria Ocasio-Cortez (age 30) and Greta Thunberg (age 16) are having an international impact. Feminists will appreciate that 10 of the 11 people interviewed on Latin America are female, and many of these bring a powerful consciousness about women’s issues to the dialogues.

The book’s biggest lacuna is China, the most populous country, frequently the epicenter of industrial unrest as the globe’s wildcat strike capital, and the manufacturing workshop of the world. China does not appear in the book’s index, but it occasionally gets brief mention during the interviews covering North Korea.

There are pleasant surprises galore, as when social democrat and round-the-clock defender of Zionism Michael Walzer confesses to Heintz that an officer he met at a military academy proudly cancelled his subscription to the Martin Peretz-era New Republic when sickened by the putative liberal magazine’s endorsement of the Iraq war. With military brass taking more progressive stands than the guiding lights of American liberalism, something had long smelled rotten in the supposedly capacious Walzer-Wieseltier-Peretz axis of opinion. While Leon Wieseltier and Peretz were gung-ho for what New Republic contributing editor Walzer called “the big war” in Iraq, Walzer in the New York Times (March 7, 2003) instead supported a strategy of “intensifying the little war” against Saddam Hussein and Iraq. Walzer at least expresses some retrospective appreciation for the subscription-cancelling military officer taking a stand against the militaristic neocons and jackboot liberals who set the United States on its latest path of creative destruction in the Middle East.

Heintz’s book identifies long-festering fissures in the international left. While there can be virtue in providing enough views to offend everyone, the book will particularly irritate those among the international left who face condemnation in the interviews and did not have a chance to engage with Heintz at all. Diana Johnstone, Paris-based author of Fools’ Crusade: Yugoslavia, NATO, and Western Delusions, comes under fierce fire for her reportage and commentary on the Balkans, though Chomsky briefly mounts a defense of her. Even Chomsky, who is interviewed with a generosity of spirit, will find himself lambasted by some of those interviewed in later parts of the book, though the format does not allow opportunities for rebuttal among those taking a shellacking from ideological adversaries. So readers will get the most from this book who regard the interviews as just the start of a global debate and conversation. Then they should investigate further with passion and tenacity the questions raised in Heintz’s search, his journey to discover which principles could ground and re-energize a fractious and sometimes shattered international left.