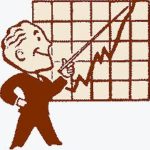 It is all too rare that an economist makes the case: socialism or barbarism. Or, in Alan Nasser’s more piquant alternatives, socialism or fascism. Economics is a hedging profession of carefully detailed countervailing forces and measured equivocation. Even the seemingly most radical among professional economists generally restrict their advocacy to a social democratic vision of managed capitalism.

And he makes the case for socialism with an attention to historic detail and eminent readability that, in themselves, mark it as a work apart. Though clearly working in the Marxist tradition, Nasser introduces a truly eye-opening appreciation of Keynes as an institutional socialist for having independently (of Marx) foreseen capitalism’s inability to realize its own self-transcending potential.

Though Nasser does not make the genealogy of his work explicit, we can, without much resistance, place it within the broad domain of breakdown theories. Theories, that is, which zero in on the limits of capitalism’s plasticity: to modify its form and expand without immiserating its working class, despoiling the biosphere and eviscerating its limited democracy. Of course, no social system collapses on its own. But a capitalism unable to generate any broad reforms for fifty years and which rolls back past gains, which piles up levels of class inequality virtually unknown in history, hollows out the “middle classes”, and which can offer no uplifting vision of unity and cohesion beyond an ugly and tawdry nationalism envelopes its economic stagnation with an alarming level of universal social decay.

The desertion of the working classes from socialism in the wake of its post-war expansion has now left it with no clear faith in a system that is increasingly failing them. Its loyalties are once again up for grabs. The social convulsions produced by economic crises generate the concrete context for social transformation. Neither revolution nor reaction raises itself as a possibility in the absence of this objective necessity.

The book is organized as an unfolding history of American capitalism from the tooth and claw competitiveness of the 19th Century, to the maturity of the industrial hay days prior to the Great Depression, through the exceptional era of its post-war Golden Age and its ensuing descent into austerity and financialization. American capitalism is treated, in effect, as paradigmatic in its maturity—offering a peak into the general arc of capitalist development from its most advanced vantage. Nasser’s narrative confines and excepts itself, on this basis, from the ancillary issues of peripheral development, the rise of sub-imperialisms or imperialist rivalry. Implicit, I believe, is the unstated assumption that expansion into the exterior cannot ultimately compensate for capitalism’s contraction at the interior.

The Marxist view of the inevitability of crises resides in the contradictory nature of capitalist production. The production of capital is at the same time the accumulation of capital, in which unpaid labor in the form of profits is converted into additional capital. Profits must be produced in sufficient mass to compensate capital for the relative expulsion of labor from the production process, an expulsion that coincides with an increase in labor productivity. When the relative increase in exploitation is no longer sufficient to compensate for the diminished base of labor exploited, the expansion falters. All the difficulties of capitalism reside in the absence of a sufficient expansion of profit, yet only by an increase in profits can capitalism overcome its difficulties. It is the class nature of capitalist production that imposes system-specific limits on economic growth. From the proximate vantage of the market place, the reality of this fall in the rate of profit is seen as an insufficiency of aggregate demand. For it is this very lack of sufficient demand that is seen as the immediate impediment against an increase in prices sufficient to offset declining profitability

That, at least, is the raw material from which Marx built his framework for capitalism’s periodic contractions. As Nasser explains, the six business cycles that defined the post-Golden Age of the late 1960s and early ‘70s coincided with a “long decline of the profit rate in the US, the withering of the framework stimulants fueling the Great Boom (transformative or epoch-making innovations—BF), the beginning of the Age of Austerity and long-term stagnation, and the intensification of the economy’s financialization.” Keynesian stimulants have proven unappealing to the ruling classes. That such programs can increase output, aggregate demand, employment and wage growth is generally not disputed. But unless these programs also increase profitability, the ensuing expansion is, from the vantage of capitalism, a false prosperity and an unwanted detour.

Rather than allow for a diversion of resources and capacity to the public sphere as Keynesianism might suggest, the preferred means of addressing the prolonged stagnation is through its inverted image—privatization, the opening of new, and in many cases, subsidized, spheres for profit making from sectors previously walled off to capital. But, Nasser avers, capitalist production confronts a more immanent barrier that restricts the viability of such new avenues of accumulation for the same reason as it limits the expansion of existing channels.

Productivity under a fully mature industrial capitalism is not just labor displacing, it is, in a fundamental sense, capital displacing as well. Ever more productive means of production—AI, digitilization and robotization—can be financed out of amortization funds, with an ever-diminished need for plowing profits back into production. Manufacturing’s share of worldwide activity is declining globally. This, combined with an increasingly saturated demand for produced commodities, dissolves into a toxic formula. Capitalism finds itself with a surfeit of investment-seeking capital unable to find sufficiently lucrative branches of production within which to expand. There is both a lack of profits relative to existing capital and an excess of investment capital (yet to-be invested profits) relative to existing profit-making opportunities.

Capitalist accumulation begins to rot from the core degenerating into a zombie-like version of Marx’s rough-hewn model. Instead of the expansion of tangible capital for production, investment begins to flow into the accumulation and production of financial assets (commodified income-streams diced and re-bundled as securities arising from mortgage and credit card debt, corporate loans, pension funds, government debt and equities, etc., and securitized hedges derived from these commodities). “Fictitious” capital begins to displace production goods (plant, machinery, means of transportation, etc.) on corporate balance sheets and these financial assets yield a secondary stream of income seemingly independent of the production process that account for an ever mounting pile of profits. This income is, only in part, a redistribution of surplus-value among capitalists. But it also, and more importantly, signifies a supplementary stream of working class debt exploitation that converts paid time into unpaid time on the installment plan.

Debt driven demand artificially expands revenues in support of profit margins, so that profits appear to have been liberated from the detour of investment. But this just papers over the inevitable snapback to come as economic bubbles burst. For the same causes that make capital “superfluous” also make labor precarious. Mechanized jobs do not come back. This hollows out and degrades the wages of average, middle-skilled workers. Even the professions have reduced their need for skilled employees. Wage stagnation cannot long support the accumulation of consumer debt needed to avert collapse. Because of this, our outlived capitalism is doomed to stagger from crisis to crisis, as the replay of credit expansion and debt pay-down spirals.

Faced with the persistence of low rates of capital expansion and the slow-motion immiseration of a working class that had seen itself as a permanent “middle class,” a new disillusionment has set in. And for good reason. By 2014, the evidence indicated that half of Americans were in or near poverty. The abstract theoretical model upon which Marx built his case for the inevitable decline and breakdown of capitalism did not preclude modifications that could extend its life. But these modifications have seemingly run their course.

No industrially mature society, argues Nasser, can achieve and sustain recovery except by re-cycling its mounting surpluses. Capitalists won’t invest, nor can they possibly consume their lavish incomes without living multiple life times at once. Neither can the mounting overhead costs of holding the system intact by means of policing, prisons and militarization stabilize the system. These accumulating overhead costs neither add to system-wide profits nor profitability, though a proto-fascist such as Trump seems hell-bent on testing the limits of that proposition.

This leaves one avenue alone. That is why wage growth, through a carefully modulated, guaranteed basic income has been bandied about albeit without much traction beyond Silicon Valley. But a thoroughgoing downward redistribution of these surpluses required to sustain any industrially mature economy is a remedy that capitalism fears worse than its disease. It’s a reminder of the limitations of capitalism for it awakens the call for production for need instead of profit.

I’ll leave the last words to Alan Nasser. “Economic growth in the future must be led by public investment and, most importantly, by workers’ wages. Alas, these conditions cannot be met under capitalism. This is the strongest case for the democratization of both the political and the economic spheres, i.e. for democratic socialism. This is the sole desirable and feasible alternative to a future of working-class austerity enforced by a militarized, repressive State.”