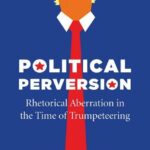 Let me venture a prediction about next week that also applies to the months and years to follow: At no point will Donald J. Trump order the arrest of an elitist network of cannibalistic pedophile Satanists.

These are parlous times; any unqualified declaration about the course of events to come verges on recklessness. Still, categorically and for the record: no elite cannibalistic pedophile Satanists will be detained, much less prosecuted. Not one!

People in the QAnon movement have been waiting for the president to do so for a while now, of course. His supposed commitment to take down the sinister network was first announced on conspiracy theory message boards in late 2017. And were Trump to see it through now, his entire campaign staff would be deliriously happy, whatever the scheduling difficulties. No more impressive October surprise can be imagined. It would push COVID out of the news cycle for a long time. It’s hard to see a downside, really. But it’s not going to happen.

Perhaps “the Storm” — as the day of reckoning has been dubbed by the mysterious Trump loyalist known only as Q — is on the agenda for the president’s second term? That seems imprudent, especially given how tight the race is in some places. Fulfilling the Q scenario would mean Trump could lose both the popular and the Electoral College votes and still remain in office for about as long as he wanted, pretty much by popular acclaim. Putting a bunch of Satanic pedophile cannibals behind bars would be the ultimate game changer.

But — sorry to belabor the point — it is not going to happen. Tom Hanks, Lady Gaga and Bill Gates do not, in fact, quaff an elixir prepared using the adrenal secretions of children tortured to death for their gratification. No video was found on the laptop of an aide to Hillary Clinton showing them tearing the flesh off a girl’s face and using it as a mask. No one will be arrested for these atrocities, because they do not happen and there is nobody to arrest. But as an old principle in American social science has it, when people “define situations as real, they are real in their consequences.” The bloody fantasies about demonic “elitists” have already crept into the delirium of American political life.

At least one open QAnon-ist is all but certain to take a seat in the next Congress. A recent survey found about half of Trump supporters interviewed agreed “that Democrats run an elite child sex-trafficking ‘cabal’ and that President Trump is making efforts to dismantle it” — although not all of them had heard of QAnon. An article in the July issue of CTC Sentinel, published by the Combating Terrorism Center at West Point, states, “QAnon is arguably no longer simply a fringe conspiracy theory but an ideology that has demonstrated its capacity to radicalize to violence individuals at an alarming speed.” (The article includes five case studies.)

At the same time, Donald J. Trump will never meet the QAnon movement’s expectations of him, as even some fervent QAnon adherents must suspect by now. (Rare is the apocalyptic mentality that cannot work around cognitive dissonance.) No matter who is sworn in on Inauguration Day, a sizable cohort of American citizens will continue spending a lot of time vividly picturing horrendous depravities and building up violent hatred at the thought of how much the sinister elites are enjoying themselves.

It is a political community dedicated to speaking about the unspeakable and to imagining the unimaginable — an effort that often becomes addictive and amounts to very bad mental hygiene at the least. Efforts to debunk QAnon as a deranged revival of anti-Semitic fantasies (which, in turn, resemble the horror stories that culturally conservative Romans once circulated about the early Christians) will do only so much good. You can’t talk an addict out of an addiction or a paranoid out of the dangerous place his mind has taken him. I don’t know what “hitting bottom” might look like for the QAnon movement, but I suspect it has a long way yet to fall.

Joshua Gunn’s strange and insightful book Political Perversion: Rhetorical Aberration in the Time of Trumpeteering (University of Chicago Press) manages to be very pertinent to the phenomenon without ever mentioning it. The author is an associate professor of communication studies at the University of Texas at Austin; his approach to the mass-mediated politics of the last few years combines classical rhetorical analysis (he identifies the standard Trump tropes in terms that Quintilian cataloged in Rome not quite 2,000 years ago) with Lacanian discourse analysis and an occasional borrowing from the not-particularly-trendy cultural theorist Paul Virilio. The chances of Gunn serving as a talking head on MSNBC are approximately nil, but he approaches the Trump phenomenon from angles much more interesting than yet another reminder of how well the characteristics of narcissistic personality disorder apply.

The angles Gunn plays are oblique, but here’s a rough overview of his approach. Traditionally the field of rhetoric focused on analyzing the conditions of, and cultivating the skills required for, persuasive oratory: establishing the speaker’s authority or credibility in presenting a given message to the public; finding language suitable for a given audience; framing an argument or a narrative (or both) in ways likely to elicit assent, interest, an urge to take action, etc. Rhetorical studies now encompass every form of communication, and the stock of theories and methods is much expanded. But some of the concepts and categories originally pertinent to, say, giving a speech to an ancient jury remain applicable to a culture of total media saturation.

One of Trump’s preferred rhetorical moves is occultatio: introducing a topic by announcing you will not discuss it. Examples “are not difficult to come by,” Gunn writes, “because they are apparently compulsively manufactured. For example, after a debate in which a Fox News moderator questioned him about his misogynistic sensibilities, Trump tweeted, ‘I refuse to call Megyn Kelly a bimbo, because that would not be politically correct. Instead, I will only call her a lightweight reporter!’”

This sort of thing counts as eloquent only by the standards of a 12-year-old bully, but Gunn finds Trump relying on occultatio as more than a reliable weapon in his arsenal of zingers. Disavowal is something like the standard template for his entire political approach: “a patterned disposition toward others” representing “an above-the-law sovereignty” that expresses both aggression and “an incessant denial of responsibility.” Every rally, press conference, and tweet from Trump carries an embedded message that Gunn paraphrases: “I am not going to speak about the reality I affirm by denying it, or I know what I am doing is bad, but I am going to do it anyway.”

What looks like a trope proves really to be a set of mind games. The ancient rhetorical theorists made fine distinctions among the subspecies of occultatio, which has given their field a reputation for dry taxonomy. But the question of how and why a message is persuasive with a given audience is in large part a matter of social psychology — of how “a patterned disposition toward others” connects the speaker, the listener and the larger public.

Trump’s political career is too often understood as the successful application of the art of the grift to a much larger market than real estate. Gunn instead returns to the venerable question of how an effective rhetorical performance implies complex affinities between speaker, audience and occasion. His tools for making this analysis draw heavily on Lacanian psychological categories (requiring, among other things, diagrams to explain) and his approach to the idiom is somewhat playful — meaning that quotation here would be asking for trouble. But aspects of Gunn’s argument are familiar from the work of other cultural critics.

To wit: in both style and content, Trump’s rhetoric is congruent with a couple of trends or dynamics in effect throughout the industrialized world, namely: 1) the weakening or effective disappearance of widely acknowledged and implicitly legitimated forms of authority and 2) a need for speed — i.e. the tendency for communication, transportation, economic transactions and so forth to accelerate. The effect of either process (the distribution of costs and benefits) is not uniform — and calling the result “polarization” underestimates the layers of strain involved, both psychic and social.

Seen from a certain angle, then, Donald J. Trump looks like the consummation of all these trends: always ready to denounce expertise and established authority while no less frequently claiming to embody both; able to rev up the news cycle to insane speeds while spending most of his time watching television; able to cultivate an adoring public by mostly avoiding everyone else. Add to that a political career based on expressing racist sentiments while claiming to be the least racist person around, and you have the makings of a rhetorical genius of sorts.

To be clear, QAnon was not one of his brainstorms. In a way, it is a form of Trump fan fiction: a way for part of his base to sustain a nonexistent but emotionally intense connection with him while: 1) imagining scenes worthy of the Marquis de Sade and 2) enjoying the pleasures of violent indignation. I was surprised that QAnon went unmentioned in the book, so I asked Joshua Gunn about it. The short answer is that QAnon only came to his attention after he finished writing the book. But it’s been on his mind since then, as we discussed in an email exchange, quoted here by permission.

“QAnon is really the newest iteration of a centuries-old, blood-libel fantasy used to discriminate against, and ultimately harm, Jewish people,” he wrote. The resemblance has been much discussed, though by no means are QAnon supporters all aware of it. “What’s different in our time is the media infrastructure and speed of communication, which makes the space and time for reflection harder,” Gunn continued. “Wired and wifi life is geared toward reaction and stimulation — hyper cognition — not deep thought or deliberation: click and read this, react to that video (film yourself reacting and post it), follow this link into the rabbit hole, and so on. Images, sounds and words are reduced to an almost phatic core.”

The term “phatic” applies to forms of communication which acknowledge a connection between people — saying “hey” or giving a nod of recognition, for example. The spread of QAnon materials may owe as much to the phatic pleasures of sharing than to firm belief. “For many who support Trump and/or QAnon conspiracy,” Gunn told me, “there is a kind of detachment from consensus reality and an obliviousness toward consequences. It seems to me QAnon and anti-masking activism are of a piece, both reflect a kind of death defying investment (as if there are two more lives to play [in a video game]).”

As for Trump’s nods and winks of support to the QAnon milieu while denying any knowledge of the theory, Gunn sees it as likely a variant on the mode of disavowal embodied in the occultatio trope. “There’s evidence to suggest he does not believe it yet references it anyway,” Gunn wrote. “Doing or believing something you know is wrong, not allowed, against the rules, and so on, is the decision rule for perversity. If anons knew the conspiracy was silly yet promoted it anyway, that would be structurally perverse.”

Gunn’s use of the term “perversion,” while ultimately deriving from Freud, is overlaid with Lacanian connotations that I have (however perversely) avoided discussing here, though it is in fact central to the book. Maybe that will inspire some readers to look for it.

As for the history and future of QAnon — which, in an accelerated and viral culture, can only be expected to mutate sooner or later — Gunn sums it up well: “The only perversion I can sense so far is Trump’s handling of it.”

This essay was originally published by Inside Higher Ed and is reprinted by permission.