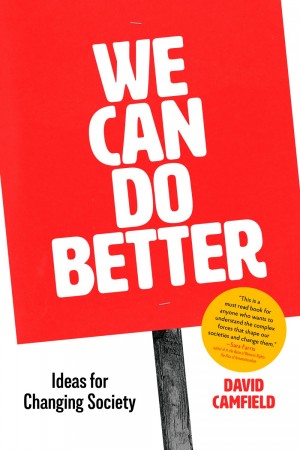 The organizations of the Fourth International have for the last forty years relied on Ernest Mandel’s From Class Society to Communism as much as on anything else: still a solid overview of the nature and workings of capitalism. But its last edition was published in 1977. Daniel Bensaid pointed out its limitations in 2007 (Thirty years after: A critical introduction to the Marxism of Ernest Mandel): the marginal place it gives to crucial dimensions like gender and ecology; its ‘sociological confidence’ in the growth and maturity of the working class, which failed to foresee the rise of neoliberalism; and its mistaken forecast that Stalinist bureaucracies would resist the restoration of capitalism.

Now, at last, David Camfield has produced a better primer for basic political education in our times. In a concise 132 pages of text, backed up by an extensive bibliography of recent works, he manages to touch on virtually all the issues that the revolutionary left faces today. Moreover, he achieves this in prose that avoids jargon and reaches out to generations for whom Marxist thinking is less familiar or compelling.

For example, in Part 1 and repeatedly throughout the text, Camfield tackles non-Marxist worldviews that are major competitors today for what he calls ‘reconstructed historical materialism’, even among radicalizing young activists: idealism, cultural essentialism, evolutionary psychology, reliance on markets, technological determinism and a fixation (especially on campuses) with self-expression at the expense of structural change.

Like Marxists of past generations, Camfield defends philosophical materialism – but with a difference. His materialism sees humans as an animal species rooted in biology but transformed by culture. The book rejects and consistently avoids economic reductionism, stressing social relations of production and reproduction as the motor of history: the constant interaction of gender, sexuality and class, and in recent centuries of colonialism, imperialism and racism as well. This allows it for example to explore in some depth a range of forms of gender oppression – inequality, violence, denial of reproductive freedom, trans oppression – and of racism, particularly as experienced by indigenous peoples and Muslims. Camfield also touches briefly on other forms of oppression, such as oppression linked to disability.

Similarly, Camfield does justice to the capitalist laws of motion explored by Marx and their consequences for exploitation and recurring crisis. At the same time he focuses on the environmental destruction caused by capitalism, devoting a specific chapter to capitalist states’ congenital incapacity to respond effectively to climate change. By contrast to Mandel, he shows how capitalism leads to both the recomposition and decomposition of the working class, making this central to his account of neoliberalism. In one chapter, he explains why neoliberalism is making life harder, even in rich countries. In another, he shows how working people’s intensified struggles to keep their heads above water interferes with their ability to fight back against the neoliberal offensive.

The fourth part of We Can Do Better talks about left alternatives – and once more, it deals head-on with approaches that are serious rivals to the revolutionary left’s: pleas for responsible consumption, electoral politics, and purely local solutions. Camfield paints an appealing picture of a self-governing, much more fundamentally democratic society to replace capitalism. He insists on the centrality of grassroots struggle in the transition to such a society, mentioning not only the classic examples of the Paris Commune and Russian soviets but also more recent ones, up to and including Cochabamba, Bolivia in 2000. He explains why Stalinism was a bureaucratically dominated society fundamentally at variance with any self-governing socialism (expressing in passing, with no real argument, his personal preference for a state capitalist analysis). Acknowledging the steep odds we face in fighting for democratic socialism, he still argues for the value of making Bensaid’s ‘melancholy wager’.

I see one significant weakness in We Can Do Better: its relative neglect of politics as an autonomous sphere of action, strategy and tactics. Its otherwise copious bibliography includes no works by Lenin, Trotsky, Gramsci, Draper or Mandel. The book says very little about the rise of the reactionary right and how to fight it. It is cogently critical of bourgeois, social democratic and left reformist parties, but says nothing about how essential genuine radical left political alternatives to neoliberalism are to defeating the far right’s fake alternative. Camfield discusses for example the British Labour Party, the Canadian NDP and Syriza, but not the Brazilian PSOL, Portuguese Left Bloc or Danish Red-Green Alliance. He calls for ‘building political organizations committed to the long-term goal of transforming society’, but gives no details. However, people doing political education could effectively fill this gap with readings from their own country.

Despite this flaw, We Can Do Better is a remarkable achievement. It is the best basis I know of for political education in our times – one that is unlikely to be surpassed anytime soon.