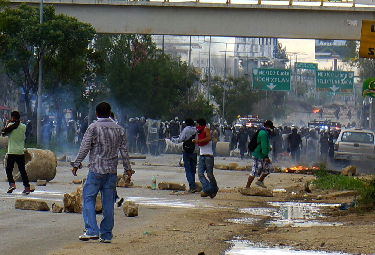 Two new articles provide useful, accurate analysis about what's behind the protests in Oaxaca Mexico about education reform. One explains the economic factors that compel the government to respond with such vicious repression and are behind its refusal to compromise about its policy to replace the existing teacher workforce with contract labor. Another piece explains the complicity of the "official" pro-government teachers union, SNTE, in supporting the government reforms, against the will of thousands who have taken to the streets. The protests are being led by a reform movement, CNTE, within the official union.  An activist in the Chicago Teachers Union who has done work with CNTE has organized a fund-raising appeal.  Money will to directly to CNTE, which is fighting with unbelievable courage against reforms that are planned for the rest of the world. Yes, the US as well.