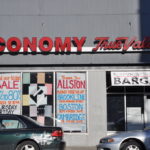 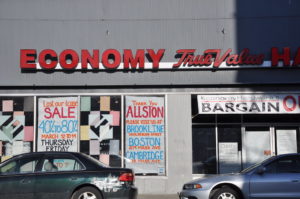 Recently in the Marxist Sociology blog, David Kotz, Professor Emeritus of Economics and Sheridan Scholar at the University of Massachusetts Amherst and Distinguished Professor in the School of Economics at the Shanghai University of Finance and Economics offered an explanation as to why over the last ten years since the end of the Great Recession in mid-2009, the U.S. economy (and I would argue, all the major economies) “has been stuck in stagnation.”

Professor Kotz said that the reason could not be due to low profitability in the U.S. capitalist sector keeping investment low. Indeed, profits have never been higher for large U.S. corporations; instead they have sat on their cash or just bought back their own shares to drive up stock prices.

Professor Kotz’s explanation is that there is a social structure of accumulation (SSA) currently in operation that “throws up obstacles to plowing profit back into accumulation.” Apparently, the neoliberal SSA that began in the early 1980s, which aimed to drive up profitability through deregulation, privatization and attacks on labour rights, has turned into its opposite in the last ten years with an institutional structure that obstructs accumulation.

What is the explanation for this change in the neoliberal SSA offered by Professor Kotz? Well, the global financial crash generated a massive slump which has led to “stagnating demand” so “corporate decision-makers have little incentive to expand.” At the same time, “big capital has been facing growing challenges to its primacy, from workers demanding a living wage and from citizens demanding a growing role for government in provision of essential services.”

Really? Neither of these explanations seem convincing to me. First, has there been “stagnating demand”? There has not been if we mean by that, consumer demand. The swing factor in every slump in the U.S. economy since 1945 has been investment demand, not consumer demand. Indeed, one year before the start of the Great Recession (January 2009), personal consumption in the U.S. fell only 2.4%, while private sector investment fell 30%. And within one year after the end of the slump in mid-2009, real personal consumption returned to its pre-crisis level. In contrast, business investment did not return to its pre-crisis level until the end of 2011.

In his paper with Professor Basu, Kotz’s stats also reveal that the major contribution to the recovery after the end of the Great Recession was business investment, contributing 53.3% of GDP growth, almost as large as the 61.8% contribution from consumer spending growth, even though the latter constitutes 60-70% of GDP and business investment only 10-15%. After 2013, consumer spending became more important as investment tailed off, leading to the mini-recession of 2014-16. Stagnating demand is down to stagnating investment, not consumption.

And is it really true that companies are not investing as much as before because they face challenges over wages from labour? Wage growth, until very recently, in the U.S. has been pitiful in the last ten years and corporate profit margins have reached post-war highs. Corporate taxation has never been lower.

Surely, there is another explanation for lower and weak business investment in productive assets? In my view, the causal connection between profitability and capitalist investment in productive capital, first argued by Karl Marx over 150 years ago, remains at the heart of the explanation for low investment growth and the consequent stagnation (I call it a ‘long depression’ in my book) in the U.S. economy since 2009.

Professor Kotz shows in his paper that this causal connection was valid throughout the post-war period. “Our analysis found that the rate of profit had a strong and statistically significant stimulatory effect on the rate of capital accumulation during 1948-73 when regulated capitalism was working effectively and also during the crisis phase of 1973-79. We found the same effect in the neoliberal era from 1979-2007. The size of the effect was almost identical in the three periods.” But apparently, this connection was “not statistically significant” in the period since 2007”.

Well, I have to say that there are several studies that show this connection is still strong. I cite the work of Jose Tapia, Cleveland Federal Reserve and for that matter, JP Morgan.  Moreover, my own empirical work shows that, while U.S. corporate profitability recovered somewhat after 2009, it is still no higher than in 2007 (depending on how you measure it) and is actually below where it was in the late 1990s.

Low profitability is still the best explanation of poor productive investment, low productivity growth and low real wage growth since 2009.  Indeed, Professor Kotz’s own paper shows that the modest fall in US profitability from 2014-2016 was accompanied by a mini-recession. Fixed investment plummeted in 2016 to near zero, as Professor Kotz also shows. So the connect between profits and investment and growth is still there after 2007.

It is easy to be fooled by the high profits of the big multi-national tech companies, the so-called FAANGS. But they are not representative of the broad swathe of U.S. companies. Most do not have huge cash stocks and a sizable minority are increasingly ‘zombie companies’, making just enough to cover costs and debt servicing but with little to invest productively. With profitability (not profits) near historic lows, the move into financial speculation by companies as a counteracting factor is explicable. Indeed, recent research by Australian Marxist economist, Peter Jones, shows that when profits from financial speculation (buying back shares, etc.) is stripped out, non-fictitious (to use Marx’s term) profitability is very low.

Professor Kotz may not agree but I think what his analysis tells us is that business investment is still the driver of growth under capitalism, while consumption is the dependent variable in aggregate demand. It’s the same story in the neoliberal period as in the “regulated period.” What happens to profitability and investment is thus the crucial indicator of the future, not the emergence of any “new institutional structure.”

Contrary to Professor Kotz’s view that “the usual profit mechanism that drives accumulation no longer works in the normal fashion,” it is doing just that. The solution for capital will not be some as yet unclear new “institutional change” but the inevitable one of the “profit mechanism,” another slump in investment and production, designed to restore the profitability of “restructured” capital, in order to start to whole accumulation process again.