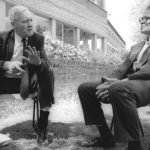 The Socialist Register has been a staple of Marxist analysis on the Anglophone left since 1964. Founded by Ralph Miliband and John Saville as an “unsectarian” journal of the “autonomous left,” the Register sought to carve out a space, in Miliband’s words, “somewhere between ultra-leftism and left Labourism.”1 Following Miliband’s death in 1994, the Register carried on as a collaborative, international project, today edited by Leo Panitch and Greg Albo. It has continued to publish annual volumes that tackle the major questions of the contemporary left’s zeitgeist: class, democracy, revolution, capitalism, empire, nature.

The articles gathered in Class, Party, Revolution mostly span the journal’s first decade, coinciding with a period seen as a time of intense contradictions. During that time, mass-based working-class movements and social democratic parties in the Global North made important gains in the advancement of social rights; at the same time, these gains came with the price of integration into a class-inclusive national capitalism. Many of the essays collected here, written either shortly before or in the wake of the events of May 1968, demonstrate how this moment prompted theoretical reevaluations that pushed the boundaries of Marxist social analysis. As the volume’s title suggests, they meditate on the complex relationship between social movements, political organization, and the possibility of revolutionary social change in postwar capitalist societies. Although undoubtedly products of their time, they also contain kernels of insight for present struggles, as we enter the third decade of the twenty-first century in the midst of escalating global contradictions that leave no part of the world untouched by crisis.

The period between 1945 and 1968 was one of liberal reconsolidation in the Global North. The working classes of the advanced capitalist countries were accommodated to the requirements of postwar, Fordist capitalism, with its managerial relations of production and patterns of mass consumption. As this arrangement entered a crisis during the late 1960s, the rise of the New Left and the global uprising of May 1968 also meant that previous understandings of political organization, the nature of the transition to socialism, and the working class as a political subject needed urgent reconsideration. As Rossana Rossanda pointed out in her 1970 piece “Class and Party,” the May events prompted a rethinking of Marxist theory and practice, of the relationship between the working class and its vanguard, and between the spontaneous actions of the masses and established organizations like trade unions and parties.

This concern spans all the essays gathered here. In the spirit of the New Left, they continue to assert the primacy of class analysis while also dislodging mechanical or deterministic understandings of class struggle. Articles such as Hal Draper’s “The Principle of Self-Emancipation in Marx and Engels” and Monty Johnstone’s “Marx and Engels and the Concept of the Party” argue that they conceived of class struggle as a dynamic process, emphasizing a mass movement for self-emancipation initiated from below. Revolutionary consciousness and political organization needed to emerge organically, as pedagogical effects of concerted struggles through which the working class learned that it had the power to change social institutions. As Harold Wolpe wrote in “Some Problems Concerning Revolutionary Consciousness,” institutions once seen as natural and immutable would then be subject to the “de-reification of the institutional structure” in people’s consciousnesses. One of the tasks of theory was thus to clarify under what conditions social structures could generate new forms of political agency and prompt further changes in class consciousness.

Among the distinctive features of the volume is that it captures the beginning of the contemporary turn to Gramsci. Translations of Gramsci into English began appearing in the late 1950s, issuing a revival of his thought among the Anglophone New Left over the next two decades.2 John Merrington’s “Theory and Practice in Gramsci’s Marxism” reads as fresh today as it did in 1968, while Wolpe’s contribution claimed him to be the thinker who most clearly emphasized the dialectical ties between political leadership and the masses, and between base and superstructure. Likewise, Alasdair Davidson’s “Gramsci and Lenin 1917-1922” notes a convergence between the two figures, insofar as both were concerned with articulating a “philosophy of praxis” that linked the revolutionary party and workers councils as complementary forms of political organization.

At the same time, the authors represented in this volume were largely critical of contemporary communist parties, in both the West and the Soviet bloc, for their vanguardist and insular political practices. All recognize that Marx and Engels understood the mass party to be the main vehicle for the transmission of socialist ideas to the working classes. However, as Johnstone pointed out, it was to be “a moment in the development of the proletariat”—one that would set the stage for its own disappearance or self-abolition. As if to illustrate the opposite outcome, Miliband’s piece “Lenin’s The State and Revolution” reflects on both the persistence of the state apparatuses and the unresolved place of the party in that text, seeing them as ambiguities that haunted communism over the remainder of the twentieth century. Also notable here is the interview that Lucio Magri’s and Rossanda’s Il Manifesto conducted with Jean-Paul Sartre in 1970, which highlights the necessary dialectic between mass and party: The key political problem was of how to prevent the party from ossifying into an institution opposed to collective movements, and instead to keep it open and receptive to them.

This matter is also taken up in the individual contributions by Rossanda and Magri, informed by the authors’ own experiences in the Italian Communist Party, from which they were expelled in 1969. Like Merrington, Rossanda favored the approaches of Luxemburg and Gramsci, suggesting that the class-party relationship and revolutionary praxis hinged on the “careful analysis of the different class contradictions in advanced societies” and the concrete historical situation. Meanwhile, Magri’s “The May Revolution and the Events in the West” reflects on the lessons of the student revolt—both that it revealed the limits of the capitalist system’s mechanisms of integration, and that, nevertheless, revolution in the West “cannot be achieved with the theoretical and organizational means that the working-class movement has at its disposal today.” For Magri, as for a number of the authors included here, the new course lay in the formation of an anti-capitalist “politicosocial bloc” based on mass struggles that began with immediate demands and progressed to more revolutionary challenges.

Along with Magri, Andre Gorz’s “Reform and Revolution” most explicitly grapples with the question of socialist strategy in the contemporary context. For both authors, the revolutionary path entailed struggles for reforms that undercut, rather than reproduced, the existing political order, thereby creating the basis for escalating, sharper antagonisms. As a strategy of transition, Gorz’s “non-reformist reforms” were phases in a protracted struggle that, by exposing the inability of the capitalist system to meet the escalating set of demands, prepared the terrain for a more decisive rupture with capitalist relations of production. Such a transition was envisioned as a relatively expedited and continuous period of uncertainty, mobilization, and contestation that, nevertheless, was more strategically promising than either social democratic or communist alternatives. As in the other essays, here too Gorz echoed the need for existing communist parties to productively draw on the popular energies emerging through the various anti-capitalist, feminist, ecological, and anti-racist movements of the late 1960s.

Reading this volume in 2020 is a somewhat curious experience in light of both the long period of neoliberal hegemony that soon followed these essays’ publication and the growing enthusiasm about socialism in the United States today. The essays analyze a different conjuncture—one that was dominated by the question of how revolutionary movements in the Global North could overcome both the accommodation of social democracy to postwar capitalist society and the ossification of Marxism-Leninism into the ideology of state socialism. Today, as the left is undergoing a process of recomposition, we are dealing with the question of what this vision of democratic socialism can mean in the wake of neoliberal capitalism, the decay of representative institutions in the capitalist state, the ecological crisis, and now the COVID-19 global pandemic.

It is here that we may begin to extrapolate some lessons for today’s left—ones that, in the tradition of the Register, avoid both dogmatism and accommodation. In the United States, “non-reformist reforms” have become an influential general strategic position of the rising Democratic Socialists of America.3 Alongside this, the writings of Luxemburg, Kautsky, Gramsci, Miliband, and Poulantzas have served as the basis for a new round of debates about the relationship between social class, the state, party politics, and political strategy.

Two selections included in Class, Party, Revolution, from the Register’s 2017 volume, “Rethinking Revolution,” begin to address this new constellation of forces. In “Class, Party, and the Challenge of State Transformation,” Leo Panitch and Sam Gindin note how the “marked turn on the left from protest to politics has consequently come to define the new conjuncture, as opposition to capitalist globalization shifted from the streets to the state theaters of neoliberal practice.” Yet it is a fact that the left—and which left?—is still drastically far from the seat of power. Recent experiences, from the disappointment of Syriza to the defeat of Jeremy Corbyn’s Labour in the December 2019 elections, have only magnified the degree of difficulty for initiating any kind of transitional program to socialism. Had Bernie Sanders defied the odds and entered November 2020 as the Democratic Party’s nominee, he would have faced a wildly uncertain election. Moreover, had he won, his ambitious political program would undoubtedly encounter substantial opposition from both parties and the other parts of the state.

This question of state power ties together most of the articles, as the volume speaks to the problems that any left government looking to initiate a transition to socialism will encounter. A mass working-class party is still the necessary starting point for a socialist movement that hopes to withstand the vagaries of the electoral cycle, the pressure from the state apparatuses, and the structural advantages of organized capital. Tracing a line from Marx and Engels to Lenin, August Nimtz’s 2017 piece “Marx and Engels on the Revolutionary Party” defends the classical model of the revolutionary party as based upon dual power, independent electoral action, and an armed proletariat. But as the other essays gathered here anticipate, this party will have to differ in important ways from the legacy of previous Marxist-Leninist party forms. While in the past, democratic centralism led these parties to isolate themselves from the new social movements of the 1960s and 1970s, whatever party form emerges from the current set of forces must be more dynamic, flexible, and open to both strategic alliances and a plurality of positions on the left. As Panitch and Gindin suggest, the socialist party must help coalesce the new patterns of class formation by bridging working-class communities currently sequestered by identity-based antagonisms and by providing the institutions where social movements can assume a political shape. But if the strategy of non-reformist or structural reforms is to become more than theoretical speculation, it will depend on how effectively the socialist movement can balance between advancing struggles inside the capitalist state via a party and mobilizing the broader ecology of left social movements outside of the state’s boundaries.

As Merrington notes in his essay on Gramsci, Marxism as a theory is at its finest when it is adapted to specific conjunctures, where “new insights produce new theoretical solutions … coming to grips with reality, revealing its contradictions and directing action toward revolutionary socialist goals.” The essays featured in this volume suggest that there is no shortage of theoretical tools to draw upon—and for that, they are a valuable resource. Situated in their own time, they serve as a mirror image of the problems facing us today, including the specific form that a newer left will take. The task is to critically read and actualize these insights from the standpoint of the present, with all of its own contradictions, challenges, and possibilities.