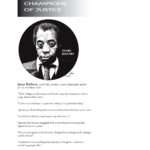 The title of this issue draws on a famous line and a frightening vision. “The Fire Next Time” is a line from the moving gospel song “Oh Mary Don’t You Weep,” which draws on a story from the Christian Bible, as well as the title of a powerful collection of essays by the great American writer James Baldwin, one of which ends quoting the song: “God gave Noah the rainbow sign, no more water the fire next time.” The notion is that human iniquity once led God to destroy the world in a great flood of water, but God promised that if human beings continued in their wicked ways, then “the fire next time.”

One need not be a Christian or religious at all to feel that the human race, if it does not change its behavior, seems to be heading toward an apocalypse, toward the destruction of the planet and human life. Global warming and climate change have contributed to the conditions that cause the raging, wind-whipped forest fires that we have recently seen in California and in Europe. And contrary to the Bible, we have both floods and fires, as rivers around the world overflow their banks, glaciers melt, and sea levels rise. Some inhabited islands have already disappeared beneath the ocean’s surface and many coastal cities are threatened with destruction in coming decades. The long-term changes promise to transform agricultural land into deserts and set tens of millions of migrants in motion in the search for new homes. In this issue, we take up the threat of climate change in a symposium with contributions by Ashley Dawson, Richard Smith, and Nancy Romer.

While the temperature rises and the forests burn, there is also another fire threatening to consume us; the increasing heat of nationalism and racism is melting political institutions and parties and torching democratic and labor rights. Throughout the world from India to Turkey, from Hungary to Brazil, and from the Philippines to the United States rightwing leaders wield nationalism and racism, often accompanied by religious self-righteousness, as a political weapon, to take and hold power. The personal or party dictatorships in places like Russia and China also often invoke nationalist and racist appeals to their populations. Looking at the world situation in various regions in this issue we have articles by Ella Wind on Syria, Alex de Jong on developments in the Philippine left, and Toufic Haddad on the precarious situation in Palestine. And we also feature two articles on China’s political and labor situation, one by Jenny Chan and the other by Au Loong Yu.

The rising racism in the United States requires us once again to reexamine the relationship between the struggle for racial equality and the fight for working class power. And so we do in a symposium titled “The American Left after Black Lives Matter” with an article by Cedric Johnson and discussion by Jay Arena, Touré F. Reed, and Mia White. And looking at American politics we have Michael Hirsch on the mid-term elections and Dan La Botz on the “relationship” between socialists and the Democratic Party.

The temperature is rising everywhere and all around us the fires are raging, and we must all become volunteer fire fighters wherever we may live. So in the struggle against nationalism, racism, and religious bigotry, in the fight to stop climate change and to change the system, we take up our rakes and our shovels, our buckets and our pumps and begin the task. We know from history and from the events taking place right now, such as the Yellow Vests in France and the Sunrise climate change movement here, that sometimes when the fire seems about to engulf us, tens of thousands can suddenly appear to help us douse the flames.

We hope with this issue, as well as in our day-to-day work in the movements and in our unions, to start the backfires, to contain the blazes, and to build up the forces that will allow us eventually to be able to declare that the fire is out. We aim to rebuild, but not to rebuild the capitalist system we have inherited. We want to build from below the democratic socialist society within an actually sustainable environment for the good of all who inhabit our planet.