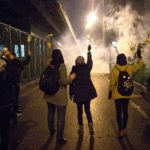 Intellectual and political debates are the site of difficult, imperfect choices that are not amenable to entirely ethical or uncompromising decision-making or harmless actions. This is not to say that political practice cannot or should not be criticized from an ethical perspective or judged for the decision-making processes or consequences of particular actions. But it is to say that sometimes we are indeed compelled by various circumstantial forces to determine the lesser of two evils and act accordingly. When we are in a situation where we feel compelled to make such a choice, we must do so reflectively, and, as Rosa Luxemburg implored of all revolutionary socialists, never make a virtue out of a necessity.

What this exploratory essay aims to offer, building on the above premise, is that the most influential approaches to imperialism—campisms,1 world-systems theories, and so-called “new” imperialisms—all share a problematic binary logic that undermines progress toward a genuinely democratic internationalist socialism. While poststructuralists and postmodernists of various kinds offer a more philosophical critique of all binary logics, this essay, while informed by those arguments, makes a different kind of critique. The problem is not that the dualist logic of the most prominent articulations of (anti-)imperialism violates some anti-essentialist dogma, but instead, more directly that it is empirically imprecise and politically counterproductive. Put differently, the argument here, building on the critique of (theories of) imperialism developed by William I. Robinson,2 is that any approach to (anti-)imperialism that reproduces the idea that there is a monolithic Global North, developed world, first world, the West, core, and so on that exists in an imperialistic relationship with a similarly monolithic (but not necessarily homogenous) Global South, developing world, third world, the East or non-West, periphery, and so on, ensures that socialists will continually be compelled to embrace human-rights violating, anti-democratic, pro-capitalist, and indeed imperialistic regimes, so long as they are from the Global South, periphery, non-West, developing world, third world, and so on. That is to say, a supposedly anti-imperialist reason becomes an imperialist reason.

While this essay is polemical and therefore itself engages in a degree of simplification and reductionism, it is important to note that not all of the “binary” theories of imperialism are equally binaristic, nor are they all forms of campism in the same way. However, they all, to varying degrees, have the implicit tendency to pit working classes in different parts of the world against one another, diminishing the propensity toward the development of global solidarity and transnational democratic movements, and, perhaps worst of all, abet the forces of capitalism—an entirely anti-socialist (or at least anti-Marxian) position.

Campism, a category of political theories of, or strategic approaches to, imperialism and, ostensibly, socialist anti-imperialism, is rooted in the necessity to make a choice—to pick sides. The problem is that “socialist” proponents of campism offer little empirical coherence or rationale for their choice of sides, and they often commit the sin of making a virtue out of what would, to others, perhaps, be simply a tactical necessity. However, at their worst, campists can also advocate, or incidentally support, imperialism in the guise of opposing a “greater imperialism.” Usually this means opposing everything and anything U.S. foreign policy-related, regardless of the political character of the “other side.”

Imperialism Without an Imperium

The most compelling of the contemporary theories of imperialism (the most recent of which are often referred to as “new imperialisms”) are those that build on world-systems theory and theories of uneven and combined development (for example, Samir Amin, Immanuel Wallerstein, Ellen Meiksins Wood, David Harvey, John Smith, John Bellamy Foster, and Intan Suwandi).3 For all of these thinkers and their impressive political scholarship, with all of the differences between them, generally speaking it is the particular relationships among and between nation-states that produce the world-system that can be characterized as “imperialism.” More specifically, the various arguments boil down to the claim that the economically advanced countries exercise domination over the less economically developed countries in the world. While the conceptual geographic specificity of the Global North is rarely clarified with regard to why these nations should be treated as a coherent collective whole, the theoretical argument is that the Global North (or countries within it) similarly extract value and profit from advantageous trade arrangements with the governments of Global South countries and from the generally lower-paid wage workers in the region. Furthermore, these approaches generally understand that the use of military force by (or even the near-universal presence of the military of) the United States serves the specific interests of the Global North in general, and the United States more so as the hegemonic power within the Global North.

Conversely, for Hardt and Negri, the post-Marxist foils for many of these more classically Marxist, dichotomous theories, this is no longer the world we live in. For them it is better characterized as a deterritorialized, networked empire that co-constitutes an also deterritorialized, emergently networked multitude (a poststructural reformation of the relational concepts of the bourgeoisie and proletariat).4 Suffice it to say, more traditional Marxists had a few things to say about this complete rejection of any kind of traditional imperialist analysis. William I. Robinson, in addition to many of the aforementioned authors, rejected outright the arguments made by Hardt and Negri on theoretical, empirical, and political grounds. Wood, Harvey, Foster (and others like Smith and Suwandi, associated with Monthly Review), and Robinson all had different criticisms of Hardt and Negri.

Robinson’s position, which I find most persuasive, challenges Hardt and Negri’s amorphous networked theory of empire, as well as the dualistic division of the world that characterizes much of the new imperialist theories. Robinson argues that while capitalism has become a differentially integrated global system whose benefits in aggregate tend to accumulate among the capitalist classes of the Global North, this is only true at the broadest level and misses a great deal of complexity, diversity, and class divisions within and between the Global North and the Global South—insofar as these are coherent groupings at all (and Robinson is quite skeptical that they are practically coherent at all).

Beyond being empirically verifiable, the political and theoretical strength of Robinson’s critical globalization perspective, as he calls it, is in its strong return to a more Marxian view of global capitalism as a global system of exploitation wherein the diverse global working class is exploited by a diverse global capitalist class. The practical value is that this approach offers a greater basis on which to build solidarity across borders, whether the workers are in the Global North or the Global South.

Anti-imperialist arguments that force us to either pick sides between an artificially simplified binary of choices or reify the entire population and internal politics of the United States or Global North reproduce the faulty theoretical, empirical, and political reason of imperialists themselves. When workers in any nation or region of the world see their economic exploiters or political or cultural oppressors as representing their interests, the inhuman, unjust, undemocratic forces of global capitalism are hypostatized as trans-historically victorious—and concomitantly the vision of an egalitarian, democratic post-capitalist world, a socialist world, is dashed. This imperialist reason, or logic, thus is not only theoretically and empirically untenable, it is politically devastating. Anti-imperialist socialism must account for what Robinson calls “global capitalist imperialism” or what we might alternatively consider a kind of transitional period where we can acknowledge that imperialism is still occurring in some form, but it doesn’t look like it used to: an intermezzo imperialism. The future beyond this imperialist interregnum will either be a more consolidated, seamlessly global, and horrifically destructive version of global capitalism that has moved entirely beyond classical imperialism, or we will be in the process of building effectively toward a range of possible post-capitalist worlds that we have yet to build.

To be clear, while workers in the Global South are generally worse off than workers in the Global North, they are quantitatively not qualitatively so. The quality of the exploitation may appear categorically different due to historical legacies of colonialism and even more recently of traditional relations of imperialism, which were driven more so by territorially bounded nation-states that functioned more cohesively in the interests of their national capitalist class. Still the quality of the exploitation is more similar than dissimilar. Beyond the similarity of the labor relations of production between and within the Global North and the Global South, the fact is that there are numerous communities within the Global North where the daily existence of the poorest and most oppressed is as unacceptably terrible as it is in the worst parts of the Global South, even though there are more worse-off regions in the Global South. Reified geographic categorizations don’t help us produce a form of socialist anti-imperialism that accounts for the genuine complexities of global class divisions and that could eventually produce the necessary solidarity among the global working class to achieve a form of post-capitalism worth calling “socialism.”

Returning more explicitly to the problem of campism, and campism-adjacent, approaches to anti-imperialism that deploy a binary framework, it is also true that national governments that oppose the United States and its political allies but otherwise support nationally based capitalist classes, such as they actually exist in real terms, are not necessarily or likely allies of the socialist cause (and are just as likely as any capitalists to be practical opponents of the cause of global justice). Perhaps there are instances where the enemy of our enemy is our friend, but binary approaches to (anti-)imperialism, such as campisms, surely do not help us think through broader strategic and political complexities. In fact, campisms have often done more harm than good—or at least have not aided a globally integrated movement of struggle among the diversely oppressed and exploited people on our planet, regardless of whether they are in Syria, Iran, Saudi Arabia, Venezuela, or the United States.

Anti-imperialist socialism is wholly inconsistent with blind support for national capitalist classes and even more antithetical to support for political regimes that actively oppress their own working class; women; and sexual, ethnic, and religious minorities. Nationalist socialism is a contradiction in terms, and while there may be moments where it is vital that all socialists act in supportive solidarity with a particular movement for self-determination articulated on quasi-nationalist lines (for example, the movements of the Kurds, the Palestinians, and Catalonians), judgments or tactical decisions should not be made uncritically or be unqualified. There is—or should be—a clear distinction drawn between democratically driven bottom-up liberation movements and established regimes that claim to stand against “the great Satan” while undermining democratic struggles within their borders—and often around the world (such as China, Iran, Syria, and elsewhere). Democracy—tolerant, inclusive, diverse, pacifically minded, and egalitarian—is the dialectical cure for the complex, often amorphous, and dynamic global capitalist imperialism, an intermezzo imperialism that we must hope, and organize to ensure, is merely a temporary period on the road toward a democratic, egalitarian post-capitalist order.

1. Campism originated in the earliest period of the Cold War among supporters of the USSR and other ostensibly “communist” regimes. By way of example, three contemporary sources of overtly campist arguments include editorials from Telesur, the pseudo-journalism site Grayzone, and the Party for Socialism and Liberation in the United States (though there are many, many other sources in the United States and around the world).

4. The opening salvo of their theory of empire came in their aptly named book Empire (2000), which was heralded as the Communist Manifesto of the twenty-first century and continued through three sequels: Multitude (2004), Commonwealth (2009), and, most recently, Assembly (2017).