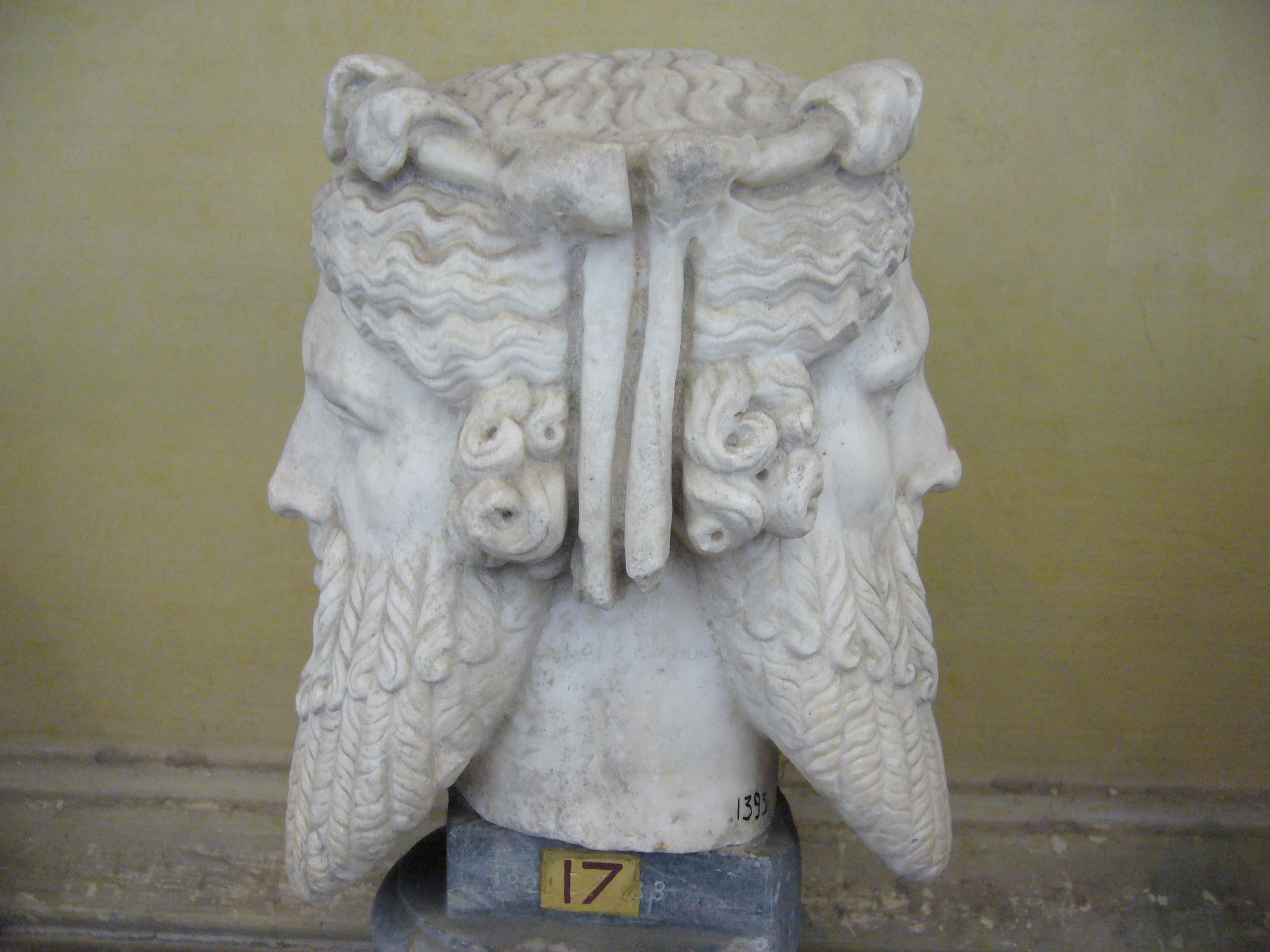 Most unions and pundits have identified unions’ loss of revenue as an unfavorable ruling’s most dire consequence. Forces behind Janus aim to weaken public employee unions and the public sector.  The Right’s other, less widely understood purpose, is destroying the public sector and public ownership of resources.  However, the Right’s deeper, darker strategic purpose has been mostly ignored, even by unions: Janus is a "once-in-a-lifetime chance" to “defang the Left” and “deliver the mortal blow to permanently break” the Left’s “stranglehold on our society.”  Everyone who cares about democracy and the economic and social well-being of people who work for a salary set by an employer has a stake in how unions respond to the Court’s decision, which seems pre-determined by the vote Judge Gorsuch will cast in favor of eliminating this union right.

Most of the fear about Janus focuses on the loss of dues.  The tacit assumption of Janus supporters and foes is when faced with a choice of being a union member and paying dues or not, significant numbers of members will bolt.  Workers who have been paying agency fee will not join. Because unions understand the danger of Janus as being a financial blow to the apparatus, solutions have focused on saving money, cutting staff and pursuing mergers.  In some cases, unions have realized they should be pro-active to stave off mass desertions and are reaching out to members to solidify their support as dues payers.  Belt-tightening and talking to members may temporarily fortify the unions as organizations, but they ignore the question Janus demands we ask: Why are we predicting members will desert the union and agency-fee payers will refuse to join?

Labor’s assumptions about the threat Janus poses exemplify the real crisis unions confront, one often not discussed even behind closed doors.  In defining their purpose as protecting members’ narrowly-conceived economic interests and operating like a business, unions construct a very limited role for members.  Members are passive, with limited authority and voice.  Their sole “power” is to pay dues and cast votes in what are generally uncontested elections for officers.

The Janus brief articulates arguments familiar to any union activist who has tried to recruit co-workers, especially those who prefer to remain “agency fee” payers.  The plaintiffs’ claims are about their unions’ purposes, its presence as a political force, and its being a collective voice for working people on the job. The brief reads “Janus objects to many of the public-policy positions that AFSCME advocates, including the positions that AFSCME advocates for in collective bargaining. For example, he does not agree with what he views as the union’s one-sided politicking for only its point of view. Janus also believes that AFSCME’s behavior in bargaining does not appreciate the current fiscal crises in Illinois and does not reflect his best interests or the interests of Illinois citizens.”In building support for Janus, the Right has concentrated on the meaning of union membership and of public employee unions’ engagement in politics.  In contrast, unions have argued on the narrowest ground, pleading about “fair share” and railing against “free riders,” fuming they will be “required to represent non-members, who would be paying nothing at all, passing that burden off to dues-paying members.”

This argument about paying for representation has little resonance to workers who feel they are not well-represented. It avoids the political contestation the Right has undertaken and is winning about why joining the union is in workers’ self-interest. The Right has succeeded in confusing many workers about its individualistic, competitive ideology and the unions have been very slow to address why these values are harmful, antithetical to union principles of collective action and solidarity. The Right’s frighteningly vast financial resources stacked the deck against labor in this battle over competing ideas, but unions have been confused in responding to the charge they are just another special interest group, buying politicians for their members’ benefit (and benefits).  Unions have disarmed themselves in this assault by having adopted the mentality and tactics of special interests. As others have observed, organized labor has by and large forgotten the grammar and vocabulary of class struggle. Labor has accepted the Right’s and employers’ definition of the contest (winning over “friendly” politicians in either party), the weapons (campaign donations), and the enemy (foreign countries and their workers). In doing so, unions have turned their back on their unique resource—an informed, mobilized membership that understands solidarity.

Though we shouldn’t adopt their methods or mentality, labor can learn a great deal from the Right’s victories. To move from the defensive, labor needs to develop a new “mindset,” as investment bankers did when they reimagined public education as a profit center.  The strategies being discussed to avoid disaster post-Janus reflect the unions’ unwillingness to reimagine themselves. One strategy is to eschew the legal responsibility to be “exclusive representative” of the bargaining unit, creating competition between unions.  Multiple unions representing workers for a single employer is the norm in other countries, where unions are allied with political parties, and some might consider it an idea worth pursuing. But as Chris Brooks demonstrates in an empirical study of what occurred in Tennessee, seeing one’s constituency as members-only and encouraging competition among unions is a cure worse than the disease. Workers turn workers against one another, viewing one another as rivals. Company unions, masquerading as professional groups that offer low insurance rates, compete, successfully, against traditional unions.

Is a “Workers’ Bill of Rights” an answer to Janus and the anticipated loss of collective bargaining in more states? It’s an interesting legal strategy but its limitation is that it’s a legalistic, not political. It doesn’t speak to the reasons workers choose not to join unions when they have that right or vote down unions in elections. Further, as Nelson Lichtenstein points out, the “rights discourse” is limited by being individual. What makes unions unique is they represent members’ individual interests through expression and struggle for their collective interests. Moreover, this Bill of Rights ignores social oppression that workers experience on the job and separates their lives and rights outside the workplace from their working existence. While it defends workers’ rights to free expression on the job, it is silent about labor's vision for free speech on the streets, for a different kind of society.  This strategy’s major flaw is not in what it tries to do but in what it substitutes for—labor’s failure to critically analyze its losses.

One way to understand what occurred when the Caucus of Rank and File Educators (CORE), the reform caucus of the Chicago Teachers Union (CTU), won the union’s leadership,  was that it adopted a new “mindset.”  They conceived of the CTU as a “member-driven union” that served members’ economic interests best when it supported social justice.  The newly elected leadership altered the way the union talked and acted about its purpose and tried to make all the union’s operations support this “mindset.” CORE put the people it represented, employees of the Chicago Public Schools, at the center of its organizing as Jane McAlevey puts the challenge.  A “member-driven union” gives people a reason to be union members and not agency fee payers. The goal? Shift the “union” from being “it” to being “we.”

Putting workers at the center of organizing requires union democracy and understanding the working class as being global.  What Kim Moody calls “labor nationalism” has weakened the unions and made workers prey to Trump’s xenophobia. The slogan “’Buy American’ is very close to “Make America Great Again.”  U.S. public employee unions are weaker for not having vigorously supported campaigns of public employee unions in the global South against the privatizations, attacks on civil service, and privatization. The World Bank has hammered away that public employees, teachers and teachers unions hurt the poor, impeding their educational success, by opposing policies that shifted public money and control of education to the private sector. Now teachers and students in the U.S., especially in low-income communities of color that are most politically vulnerable, suffer from versions of these policies  the World Bank imposed on Latin America, Africa, and Asia.

Overcoming the fallout from Janus requires reimagining union membership by democratizing the unions, inverting hierarchical relations that replicate disempowerment on the job. Why have professional negotiators or staff sent by the national or state at the bargaining table instead of members who have been elected based on their leadership and ideas? Should union organizers be elected rather than being hired and appointed? Should votes in the union’s executive council meetings identify how individuals have voted on major issues? Should endorsements for political office be made by the membership in a referendum? What process should be followed when officers to speak on behalf of the members by endorsing political issues and campaigns? Should we try “participatory budgeting” to have members decide priorities for members’ dues? What’s a member’s responsibility for recruiting and educating co-workers about the union? Activists who have tried to recruit co-workers to the union know that changing people’s minds is slow and hard. It requires listening and a deep commitment to union ideals because people have many beliefs that are inimical to collective action. It also requires having a union you trust will make a difference in their lives and yours.

This is a time of truth for unions and their supporters. We need to look in the mirror and see that Janus has two faces.  It can reduce organized labor to a shell, or it can be the start of a remarkable revitalization that draws strength from the widespread social protests that have emerged from the Sanders campaign and Trump’s election.  Labor needs friends to urge it to adopt the mindset that allows the latter to happen.

Lois Weiner directs the Urban Education and Teacher Unionism Policy Project at New Jersey City University and is a member of the New Politics editorial board. You can follow her on Twitter and Facebook.

(A version of this article appears in In These Times.)