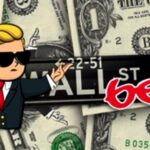 The Wall Street establishment’s swift suppression of GameStop trading starkly exposed the most powerful elements of business rigging the market in favor of hedge funds. The episode has illuminated how the endless drive for profit, inherent in capitalism, extends not just to destroying the lives and jobs of the working class, but even to thwarting the market itself.

Hardly any readers of this website could have guessed less than one month ago that some of the most notable harbingers of doom for the hedge fund class would go by monikers like Infinite-Coffee or pussy_orc_tha_god. For that reason alone, and for whatever its many faults, the Reddit-generated,​ significant​, albeit in the medium and long run​ ​somewhat temporary​ destruction of hedge fund wealth through the GameStop stock run-up illuminates sobering realities of neoliberal capitalism in an applaudable manner. It lays bare the speculatory nature of the stock market, the parasitism of hedge funds, and most flagrantly, for all the event’s contradictions, the justified populist anger of the working class at economic elites-whose stock market reaches ever higher value during a pandemic alongside of which one in six people in the richest country on Earth face hunger.

However, not only does its suppression by private financial firms reveal the unaccountable, governmental power held by corporations against even market mechanisms themselves, but it shows that the overthrow of the grotesque economic status quo cannot be achieved by individualist attempts and instead ultimately calls for a working class based political movement based upon the overthrow of the capitalist establishment and towards the creation of an explicitly democratic socialist future. To understand the clash of investors that occurred, one must know what exactly short selling a stock means, which this Tik Tok video​ ​explains succinctly​. At its core, short selling is a bet placed that an asset will decline in value later in the future. In order to do this, an investor must sell an asset they do not truly own, which they accomplish through borrowing from someone who owns it. The profit the investor makes is the difference between the original sale price at which they sold it and the closing price they end up having to buy the asset to pay back to the lender, plus interest.

While there previously was a surge in prices for GameStop shares in October 2020 generated by Ryan Cohen, the ex-CEO of online pet store Chewy.com, purchasing large amounts of shares, thinking the mall based firm would heed his advice to focus more on online retail and close its brick and mortar stores and thereafter make a spectacular recovery; after seeing that the fundamentals of the company were not improving even after Cohen’s attempt, many hedge funds then decided to sell short GameStop stock.

It is important to bear in mind that since GameStop was trading around only $18 per share prior to this, these firms were selling short enormous quantities of stock, thinking it would be a safe bet to make a large profit. People with varying political outlooks and class status on the sub-reddit (discussion board) WallStreetBets caught whiff of this and decided to team up with Cohen by buying GameStop stocks not only to make money, but also with the added bonus of screwing over the hedge fund class.

As a result, over a period of only twenty days, they raised the price of GameStop shares from around $18 to nearly $500 in pre-market value at its peak on January 28, 2021, an increase of almost 30 times. A very handsome short run profit for the investors and a truly devastating loss for the short sellers.

While this squeeze (or sharp market pressure) did have large grassroots participation, it is salient to note that it enjoyed encouragement from the capitalist class as well, including the richest man on Earth worth $190 billion, Elon Musk. Further, the Wall Street Bets forum itself is a hotbed for​ ​reactionary politics, machismo, and Elon Musk worshipping capitalism​. As Jack Chadwick writes in Novara, “Fundamentally the forum sees short-sellers like [Tesla short-seller Andrew Left] as enemies of American capital — and themselves as its saviours. They want to run short-sellers off Wall Street, but only to take their place. Profits gained on the GameStop gambit will be ploughed back into Tesla and the stocks of other heavily hyped, financialised tech transnationals.” More succinctly, Marxist finance analyst Tony Norfield describes the phenomenon as “one big group of small speculators winning against a small group of big speculators.”

Still, the crisis of legitimacy into which such grassroots-participated speculation threw the Wall Street class and the entire stock market, as well as the rightful outrage towards American inequality at the height of the pandemic, was enough for Lee Cooperman, billionaire CEO of hedge fund firm Omega Advisors, to embark on a profanity laced rant about the concept of fair shares being​ ​“bullshit”​ on CNBC. When Melvin Capital, a particularly large hedge fund manages around $8 billion worth of assets,​ loses over half of their capital​ , it’s obvious with whom the likes of Cooperman will feel and express class solidarity.

Perhaps more surprising to the capitalist sympathizers and “free market” advocates who constitute much of Wall Street Bets would be the lengths to which online financial service companies went to stop the squeeze: private firms exerting corporate power to squash market exchange itself. In particular, the ironically named Robinhood — a firm closely linked with hedge fund Citadel Securities​ — restricted trade of GameStop stocks on its trading app, citing “market volatility.” Many other firms followed suit, including Axos, an online bank, halting trades of GameStop and other stocks.

Although the marketplace’s illusions of “freedom” have been largely dispelled, the state itself under capitalism also offers paltry remedy: Janet Yellen, Secretary of the Treasury appointed by Joe Biden, has received over $800,000 in speaking fees from the aforementioned Citadel Securities — and will not recuse herself on the matter. In fact, as the Chicago Tribune reports, Yellen herself made​ over $7 million​ ​in the past two years in speaking fees for corporations and other large financial entities, including Citigroup and Goldman Sachs, that she will ostensibly be regulating.

When the market itself is thwarted by the corporate class to preserve itself and the state is wedded to those same capitalists, while a pandemic exacerbates inequality already so severe that five men own more than the bottom 50% of people on Earth, it is apparent that the very same ruling class which benefits from and imposes such suffering cannot bring about a remedy. By that same token, there are no short-cuts to winning a world free of oligarchy — certainly none that entail embracing the same reaction, rapacity and exploitative class structures that hallmark our current economic order. Instead of teaming up with the Elon Musks and Ryan Cohens of the world — who would just as soon use their wealth and power against them — in order to end the immiseration and inequality of the neoliberal capitalist era, working people globally should unionize their workplaces and join grassroots organizations that advocate for a global socialist economy and future. As the wife of a pastor who made some money through the squeeze said when profiled in the New York Times,​ ​“eat the rich.”