How Did We Go from the Arab Spring and the Occupy Movement to the Destruction of the Syrian Revolution and the Global Rise of Racist Authoritarianism? 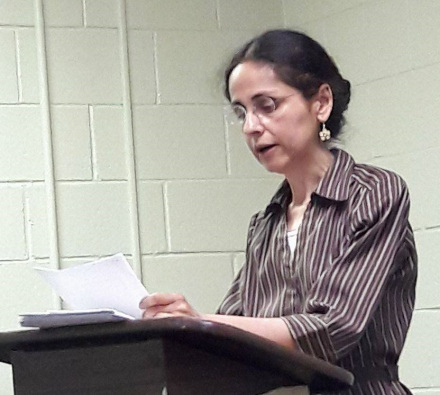 Comments presented at the July 14 launch of the Coalition for Peace, Revolution and Social Justice at a public meeting at the Westside Peace Center, Culver City.

In 2011, the world was abuzz with the spirit of the Arab Spring, a revolutionary movement for social justice, freedom and human dignity which aimed to overthrow authoritarian states in the Middle East. This movement seemed to come out of nowhere but was actually the result of decades of deep mass dissatisfaction with worsening poverty and political repression under authoritarian regimes such as those of Tunisia, Egypt, Libya and Syria.

The revolts in Tunisia and in Egypt involved the participation of youth and women as well as large labor unions. They led to the overthrow of the dictators, Ben Ali in Tunisia and Mubarak in Egypt. The uprising in Syria against the regime of Bashar al-Assad had the most diverse composition, involving youth, workers, women, and not only the Sunni Arab majority but also the Kurds, an oppressed national minority, as well as members of the Alawite Muslim minority, Christians, Assyrians and the Druze Shia community. The Arab Spring was really a Middle Eastern Spring that involved non-Arabs and even extended to protests against poverty and corruption in Israel. It was also preceded by the Iranian Green movement, a mass protest movement against the fraudulent presidential election in 2009 which lasted several months before it was brutally crushed by the Iranian government.

It was the spirit of the Middle Eastern Spring that many consider to have been the inspiration for the Occupy Movement which was also a response to the 2008 global economic crisis. The first Occupy protest to receive widespread attention was Occupy Wall Street in New York City’s Zuccotti Park in September, 2011. It became a global movement which spread to 30 countries and all the continents, and stated that it was anti-capitalist. It focused on opposing the influence of corporations in politics, called for a more equitable distribution of income and for tax reform. Its defining slogan became: “We are the 99%.”

Now let’s return to the Middle East today in 2017. The masses of both Tunisia and Egypt are worse off economically, face greater corruption and higher unemployment than they did before 2011. In Egypt, after the election of Mohammad Morsi of the Muslim Brotherhood as president, and after the ensuing mass dissatisfaction, a military coup by General Al-Sisi restored the old regime.

In Syria, the diverse and powerful mass protests for social justice, democracy and human dignity were brutally repressed by the Assad regime. Between 2011 and 2016 the majority of the Syrian people continued to resist Assad’s death machine which directly or indirectly killed over 500,000 innocent people and caused the displacement of 12 million or half the population, close to six million of which have become refugees in other countries. The Syrian revolutionaries under siege mostly by the regime faced counter-revolutionary religious fundamentalist forces, including Al-Qaida and ISIS, which had been let out of prison or let in the country by the Assad regime. The revolutionaries were also assaulted by military intervention from Iran and Russia which supported the Assad regime. The Gulf states intervened to promote religious fundamentalism and to destroy revolution. Turkey intervened to crush the Kurdish struggle for self-determination in the Rojava region and to promote religious fundamentalism. Although the U.S. and European governments offered some initial help to the secular anti-Assad opposition, they really wanted the regime to stay to maintain “stability” in the region. Their imperialist logic would have never allowed them to support the genuine revolutionaries. The U.S. intervened in 2014 under Obama to destroy ISIS.

Now let’s return to the United States in 2017.  Six years after the rise of the Occupy Movement, we have seen the electoral victory of Donald Trump, the epitome of capitalism, an outright racist and misogynist. Trump received almost 63 million votes or 3 million votes short of Hillary Clinton’s almost 66 million. But thanks to the rules of the Electoral College, he was able to declare victory. Trump’s victory has marked a regression from liberal democracy toward racist authoritarianism. His administration has openly included Alt-Right white supremacists and has appointed outright racists to key judicial posts, hence lifting the veneer of democracy that has hidden the reality of racism and white supremacy in this country. Furthermore, this administration is systematically assaulting laws that are supposed to defend civil rights, consumers, immigrants and the environment.  It makes openly arbitrary and personal decisions. Its nepotism casts aside claims to democracy or meritocracy.

As far as foreign policy is concerned, U.S. intervention in Iraq and Syria has led to indiscriminate bombings of civilian areas in the name of the war against ISIS. Trump is attempting to start a wider war between Saudi Arabia and Iran, threatening to attack Iran, threatening to start a war against the insane and hawkish regime of North Korea, using a hawkish language toward China, and taking steps to build a wall on the Mexican border to prevent the entry of Latino immigrants. His administration has also succeeded in imposing a travel ban which severely restricts the entry into the U.S. of people from six majority-Muslim nations.

So, how did we get from the Arab Spring and the Occupy Movement to this suffocating reality of counter-revolution and the rise of racist authoritarianism? Why couldn’t the global Occupy Movement forge alliances with revolutionaries in the Middle East on the basis of a thorough challenge to the capitalist system?

First, it has to be acknowledge that the revolutionary movements that became known as the Arab Spring had many internal contradictions, namely class bias, sexism, various forms of ethnic and religious prejudice, homophobia and the lack of an alternative to capitalism. Although the uprising in Syria involved the participation of Kurds and religious minorities, it wasn’t able to offer a banner that was truly inclusive. Most Arab leaders of the Syrian revolution did not welcome any talk of Kurdish self-determination or federalism. Hence the Assad regime was able to take advantage of the class and ethnic divisions that already existed in Syrian society. The Kurdish Rojava region in northern Syria has been able to offer a model which includes secularism and women’s rights. But its leadership, the Democratic Union Party, PYD or YPG embodies certain authoritarian practices and views, and has engaged in off and on non-aggression pacts with the Assad regime.

What about the Occupy Movement? What were its defects? I would argue that its main defect was that it reduced anti-capitalism to simply being against income inequality, big corporations, Wall Street and neoliberalism.

If we return to Marx’s Capital, and Marx’s Economic and Philosophical Manuscripts or Humanist Essays, we will learn that capitalism is not simply an unjust mode of distribution. It is a mode of production based on alienated labor, an extreme mental/manual division of labor that turns work into a meaningless, undifferentiated, monotonous activity, and turns the human being into a cog in a machine. It alienates us not only from our products but also from our potential for free and conscious activity and from other human beings. Since labor under capitalism is alienated and mechanical, it is expressed in a uniform and undifferentiated symbol such as value or money.  Hence, capitalism as a system based on alienated labor and value production is not limited to the private property of the means of production and a market economy or neoliberalism. It can also exist as state-capitalism, a form of which I would argue existed in the former Soviet Union, Maoist China and their satellite countries. Another form of it existed in Nazi Germany. More democratic forms of it have existed in welfare states.

Unfortunately, the Occupy Movement’s limited understanding of capitalism as free markets and neoliberalism allowed people like Trump and other nationalist populists like him around the world to use the language of anti-globalization to appeal to many opponents of globalization and to promote an authoritarian state capitalism as an alternative.

Another major defect of the Occupy Movement was that it limited imperialism to simply Western imperialism. Hence, many of those on the Left who claim to be anti-imperialists have supported the Assad regime in Syria because it has claimed to be against U.S. imperialism and its regional imperialist backers, Israel and Saudi Arabia. Some leftists have openly supported Russian imperialist intervention in the Middle East and Ukraine, as well as Iranian regional imperialist or sub-imperialist intervention in Syria and Iraq. This unprincipled and inhuman attitude, this failure of those who claim to be against capitalism to see the connection between capitalism and the rise of imperialist powers other than those in the West, was another one of the factors that led to the destruction of the Syrian revolution.

I began this presentation by asking how we went from the Arab Spring and the Occupy Movement to the destruction of the Syrian Revolution and the rise of racist authoritarianism.

I would argue that in 2011 humanity had an unprecedented chance to launch a global anti-capitalist movement. That chance was lost however both because of counter-revolutionary forces such as repressive regimes, imperialist intervention and religious fundamentalism in the Middle East, and because of defects within the revolutionary movements in the Arab Spring and within the Occupy Movement in the West. The Occupy Movement that did claim to be anti-capitalist, reduced anti-capitalism to being merely against income inequality and neoliberalism. The movement did not address the issue of how to overcome the alienation arising from the capitalist mode of production and how that alienation related to racism, sexism, misogyny and homophobia. The movements in the East and the West failed to connect because of the lack of an affirmative humanist alternative to capitalism. As a result, the capitalist drive for profitability which had encountered a major crisis in 2008 was able to use the language of anti-globalization, and appeal to racism, sexism and homophobia to win over parts of the global working class. Thus authoritarian state capitalist regimes such as those in China and Russia which were treated as exceptions to capitalism have now become the image of the future of the rest of humanity.

Any effort to challenge this ominous reality has to begin by asking what is capitalism? What is imperialism? Why are they intertwined with racism, sexism, heterosexism, militarism?   Where do we begin to develop an affirmative humanist alternative to capitalism? How do we create international solidarity with struggles for social justice around the world? These are questions that the Coalition for Peace, Revolution and Social Justice will be addressing in its future panels and actions.

Frieda Afary produces the blog Iranian Progressives in Translation (https://www.iranianprogressives.org) and is a member of The Alliance of Syrian and Iranian Socialists (https://www.allianceofmesocialists.org/latest-additions).