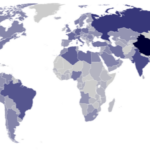 The elements of a new international financial crisis are in place. Although we do not know when it will break out, it is unavoidable, and its impact on world economy will be as significant as the 1880s-90s, 1930s-40s and more recent 2008-09 meltdowns. Worse, far fewer of the global capacities of the latter period – rapid lowering of interest rates, printing of money to buy up state debt (‘Quantitative Easing’), and sufficient fiscal space for bailouts – are available to global crisis managers. And most troubling, many more of the proto-fascistic political characteristics reminiscent of the 1930s are looming, especially in the new contextualisations of the Global South.

The contributing economic factors include: 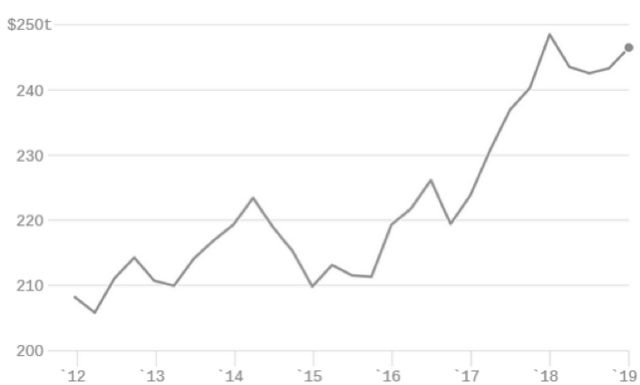 Economic growth in the most industrialized “old” countries remains weak. Especially in Europe after low growth in 2017, the year 2018 ended with stagnation and in the case of Germany, a fall in industrial production in the 4th quarter. German authorities lowered their growth forecasts for 2019 to 1% (while in 2016-2017 the annual growth rate exceeded 2%). In the euro zone, growth in the third quarter of 2018 was only 0.2%, the lowest in 4 years. In Japan, growth over the year through period April 2018 – March 2019 was around 0.9%, also down on 2017. The US economy is also in a slowdown phase; the IMF forecasts growth of 2.5% in 2019 compared to 2.9% in 2018. In other words, the North continues to suffer sustained stagnation.

Moreover, Chinese growth is still slowing, as discussed below, as are the economies of the other BRICS, except for India, which is growing at just over 7% annually. Russia is experiencing very weak growth, of the order of 1.2% in 2018 and a forecast of 1.3% for 2019. South Africa was in recession in the first half of 2018, and again in 2019 was likely to fall into a technical recession thanks to -3.2% GDP growth rate in the first quarter. Brazil, which experienced a severe recession in 2015-2016, has regained some growth, but it is very low, at just over 1% in 2018, and out of desperation, the Bolsonaro government authorised a large interest rate cut in mid-2019.

Other so-called emerging countries are also suffering profound economic crises, especially Turkey, Argentina and Venezuela. The symptoms include devaluation of the currency, great difficulties in repaying public and private external debt, and rising joblessness; these are also the kinds of conditions that generate political instability, which all three countries have suffered in different ways in recent years.

To complete the set of gloomy indicators, we will consider the African continent in more detail below, where South Africa’s comparative advantage rests in exporting automobiles, construction and mining services, banking, cellular phones and other consumer goods through Johannesburg-based retail networks (in one case, Massmart, controlled from the US via Walmart). As discussed later, economic conditions are even worse for imports and FDI profit repatriation in Africa than in the rest of the world, as a result of structural exploitation, over-reliance on primary export orientation, and a new debt crisis.

The above remarks relate to the geographical categories within the world community of nations. When we expand our perspective to look at marginalised and oppressed peoples, along the lines of class and other categories, the picture appears even gloomier as a result of neo-fascistic tendencies in many parts of the world. All over the world, economic austerity and political offensives against workers, marginalised and oppressed peoples continue and worsen.

Women are the hardest hit, together with people of colour, indigenous peoples, migrants and young workers. In many instances, women will suffer multiple oppresions if these categorisations are inclusive (for example, young migrant women workers). In the case of all the above groups the offensive is partly a result of the position of these groups in the labour market, for example in historically worse paid jobs. In the case of women and also disabled workers, the impact of the offensive against public services also has a disproportionate impact. Women, who even in times of boom continued to have the major responsibility for caring for children, sick people and elderly people, are adversely affected by cuts in those services, resulting in them often being forced into even more marginal employment or out of the labour market all together. Disabled people who relied on the availability of certain services to work or live independently are similarly impacted.

At the same time there is an ideological offensive against all the groups referred to above and also LGBTIQ people driven by the political and religious rightwing, internationally, forces that are increasingly in the driving seat in many key countries. This offensive operates on different levels:

Apart from a very minority category of workers whose wages are very high – which makes them prone to allying with big business – almost all categories of waged workers are targeted by economic austerity. These include sectors that had historically succeeded in winning important rights, whether in the industrial sector, in public services, in the financial sector (banking, insurance) and in the commercial sector. Examples include: 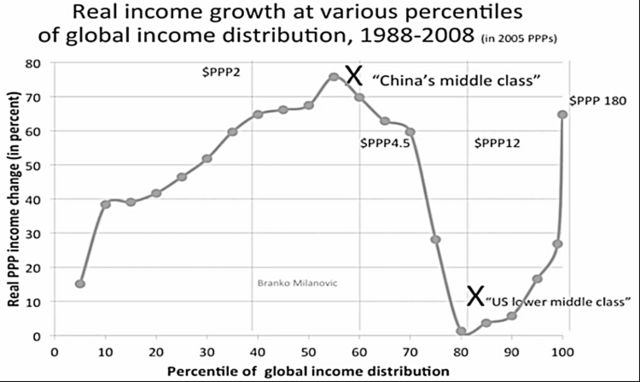 To some extent, e.g. in the case of those who lost well-paying jobs and are resentful of perceived competition, this helps explain the working-class votes for Trump, Brexit or other right-wing causes. There is not only an economic, racial and national offensive underway due to these global trends, but also one based on patriarchal power :

All of these social processes combine home-based patriarchal power and a wider attack on the rights of women and the LGBTIQ movement by an authoritarian state. Globally, authoritarian forms of government are being strengthened without, so far, taking the form of military dictatorships. In spite of winning electoral contests, the new rightwing leaders are curtailing fundamental democratic freedoms. The means of the repressive forces have greatly increased, which allows for an increased intrusion into the lives of individuals and organisations. The use of preventive arrests is spreading, even in the “old” bourgeois democracies. Legislative and judicial powers are being reduced in many places to the benefit of executive power.

There is, of course, political resistance to all these trends. The various forms of attacks on workers’ rights, women’s rights, the rights of migrants, and on all categories of the oppressed and oppressed fortunately provoke many struggles all over the world. Feminist mobilisations are the most encouraging, but there are many others. Labour struggles are less important than before in a number of countries, but they are progressing in others such as China and Bangladesh. The new forms of organisation or mobilisation that partly respond to the loss of political weight of the organized workers movement are developing and making it possible to build new blocks of the working classes: there are similarities between the mobilisations of the Argentine piqueteros (2001-2003) and those of the Yellow Vests in France (2018-2019), as well as the 2011 movements of the ‘Arab Spring’ and the Occupiers, or the mobilisations in Greece (2011-15), Turkey (2013), Mexico against the increase in gasoline prices (2017), and those of Nicaragua (2018), Haiti (2018-2019), the Moroccan Rif (2018), Puerto Rico (2019), Hong Kong (2019) and many other places, including 18 African countries, as we see below. There are also regular mobilisations among school children in parts of the world; we are witnessing increasing mobilisation on the issue of climate, the environment and common goods.