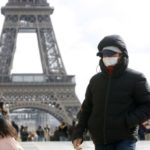 I’ll begin by telling you a story. In August 1940, when the Luftwaffe was crushing London with its bombs, British bourgeois politicians were very reluctant to open the subway system so that people could take refuge there. It took the intervention of the left—whoever they were—to meet this basic need. By intervention, we mean not only the positions taken, but also direct actions and mobilization. At this particular moment, imperial England, which no longer knew which saint it should pray to, was forced to yield to popular pressure and to ask the “help” of its proletariat to face the bombs and the possibility of a Nazi invasion.[1]

Don’t worry. I have not lost the thread of the discussion. And I imagine that you have glimpsed the meaning of this historical-metaphorical reminder related to the health crisis with which we are confronting.[2] It is indeed the coronavirus epidemic and “our” tasks that I would like to say a few words about.

A few months ago, before the battle for the defense of pensions began, during the fight over the issues of emergencies and the means of the public hospital, certain hospital defense groups said they were ready to develop the hospital budget. To claim budgeting is, in a way, to claim power. Somehow, it was about claiming power for citizens, the right to assess needs and organize the distribution of care and management of resources.

The health system crisis has obviously not disappeared with the current epidemic crisis. Quite the contrary. Not because the government is doing nothing, but because what was done was late, inconsistent, weak, and incomprehensible. One reason for this is that this government bears (with its predecessors) the responsibility for the degradation of the means that society could have given itself to deal with such an eventuality—predictable for years—because these decisions come up against “a wall of money.” The health crisis is linked to the capitalist organization of society and in particular to public health.[3]

In these conditions, can we share the ridiculous behavior of those who think that this is all nothing more than a trick by the powers that, a staged event? Can we just sneer at the inconsistency and divisions of the European Union? Can we be content (even if it is fair) to ask for such an elementary measure, such as the “suspension of the current discussion of the bill concerning retirement based on points”? Finally, can we trust the measures taken by the bosses and the state?

A few days ago on TV the Minister of the Economy, Bruno Lemaire, discovered “to his amazement” that the shortage of masks and hand-sanitizer had resulted in higher prices. He gave a look of astonishment with great big eyes and announced that prices would be set. This shortage and this price setting were therefore apparently not the product of a system but a kind of natural disaster, much like a plague of locusts…

At around the same time, the French multinational pharmaceutical company Sanofi, which manufactures acetaminophen in China, plans to restructure production, bringing some of it back to France. We therefore discover—including in the highest spheres of the economy—that capitalist globalization with its share of outsourcing of basic necessities could pose some problems, mainly in terms of profitability.

While the epidemic was developing at the French military air base at Creil in the Oise region[4] of northern France and patient “0” had been identified, after having participated in the French medical repatriation mission in Wuhan, no containment measure had been taken.[5] However, if there is a place that is easy to confine and record, it is a barracks. Why such a decision?

In Le Monde, the French national newspaper of record, a virologist explained to us that his research funds for work on the coronavirus had been transferred after 2008 without scientific–and therefore democratic consultation—to another project…[6]

We could multiply the examples of government negligence. Not that the response to the situation is simple and unequivocal. But what is clear is that capitalist management and public health do not mix well; what was a political debate in narrow circles is now in the public square.

What to do and what to say?

Such a health crisis, it seems to me, calls for both measures of power and for democratic management. The logic of the capitalists, the destroyers of the public service, the technocrats and those who wield freedom-killing measures must be faced with another logic: that of the social movements and the left who built Social Security, created the public hospitals and fought for public research, programs that successive governments have continually slowed down, diverted, or dismantled. We must not forget the alternatives that have been produced and tested by this same social movement.

It is therefore necessary to say concrete things that respond to both the real problems and concerns and which can also provide alternatives. It is precisely in times like the ones we are currently experiencing that the social movements and the forces with which it can ally must reaffirm their capacity and their availability to “manage” such a crisis differently and better than the ruling power.

After the Yellow Vests and the pension movement, the pandemic has opened a new front of political crisis. By way of parenthesis, it seems to me to be rather politically unintelligent to declare to President Macron that there will be “no shortage of the solidarity that is required,” as the parliamentary left has been wont to do. Such a position is at best extremely banal and at worst the demonstration of the absence of any independent left policy, even as the crisis opened by the pandemic lays bare the responsibilities of capitalist globalization and the irresponsibility of its attorneys.

So it’s time to take out our programmatic arsenal and ask, for example, for the takeover of health companies, control over their stocks and over the distribution of masks[7], the establishment of a public drug office, and, much heard, the reinstatement of the abolished workstations in the public hospital, etc.[8] This is also the time to put forward accompanying measures related to containment and prevention programs:

There are, of course, many other measures to be implemented and claimed. This is not the place to detail them here and others will do it more adequately.

The question that is put to us is therefore the following: “Should we,” to paraphrase a quotation, “passively adapt to the fortune of the decisions of governments?” The answer should be “No, of course”. So we should act by walking on two feet:

1) Respond as best as possible to the health crisis by mobilizing know-how and initiative capacities;

2) Transform the health, social, economic, political and institutional crisis by demonstrating that public health is too important an issue to be left in the hands of neo-liberals.

I will close as I opened with a military reference. Regarding the economic crisis and the storm unleashed by Covid-19, the American general Douglas MacArthur once declared (and this has often been quoted): “The lost battles can be summed up in two words: too late!” Obviously, this is by no means catastrophic, but I want to reiterate that it is high time that we told society that its affairs can only be handled well by itself. For this, we must articulate direct commitment to the health battle, providing alternatives, and demanding control and self-management. The health crisis (not to mention others) provides us with, if I may say so, the opportunity to make a practical critique of capitalist power.

[4] Oise is just 60 kilometers from Paris and dozens of trains go back and forth each day.

[6] Extract from a post by Bruno Canard of the French National Center for Scientific Research (CNRS), research director in Aix-Marseille: “How to anticipate the behavior of a virus that we do not know? Well, simply by studying the collection all of the known viruses and using toe knowledge we have that can be transposed to new viruses, in particular how they replicate. This research is uncertain, the results cannot be planned, and it takes a lot of time, energy, patience. This is patiently validated basic research for long-term programs, which may eventually have therapeutic outlets. It is also independent: it is the best vaccine against a Mediator-bis scandal [such as that of the amphetamine weight loss drug in 2013 that was estimated to have killed between 500 and 2,000 people.] […] But, in viral research, in Europe as in France, the tendency is rather to produce the product in the event of an epidemic and, then, we forget. […] Europe has withdrawn from these major projects oriented to future developments […] Now, when a virus emerges, researchers are asked to mobilize urgently and find a solution the next day. […] Science does not work in emergencies demanding an immediate response. With my team, we have continued to work on coronaviruses, but with meager funding and under working conditions that we have gradually seen deteriorate. ”

[7] It is disturbing to note that it was the fascist National Rally (le Rassemblement national) that made this proposal.

[8] We can clearly see in Italy the result of budgetary restrictions on the capacities of public hospitals to cope with such a situation. One could also, of course, wonder what will be the “contribution” of the private hospital sector to the effort of “national solidarity”.

[9] For example, the SUD-Solidaires cleaning union in Toulouse, again, published for union teams and elected officials a “Note” entitled “Epidemic, business and union actions.” On 4 pages, it recalls the “risk,” the “individual protection measures,” the “collective protection measures,” the provisions in the event of a work stoppage and their limits, the “right of withdrawal.” The document also recalls the role of elected members of the CSE-CHSCT, the procedures for triggering the “right of alert,” the role of the CSE in the “ leave planning,” and possible actions in terms of collective measures. Without forgetting, of course, the defense of the right of union movement on construction sites).