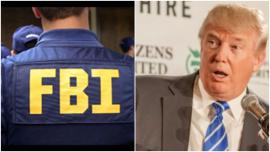 Mueller’s appointment suggests that the American corporate, political, and military elite may have had enough of Trump’s unstable, unproductive, and dangerous behavior and are prepared to drive him from office. Trump’s thoughtless tweets, his off-had remarks on the most important domestic and foreign policy questions, and his erratic political behavior, all of which have led to the paralysis of the Republican congressional agenda, stand in the way both of the dominant neoliberal political establishment supported by many Republican and Democratic politicians, and of the far-right Freedom Caucus, which is anxious to destroy last remnants of the New Deal and the Great Society social welfare programs of the Golden Years of 1939 to 1979.

Republicans were delighted with Mueller’s appointment, since they have no desire to deal with Trump. The appointment of Mueller as special counsel means that the five Congressional committees looking into the Trump-Russia connections will be asked to narrow their investigations, which allows Republicans to evade the issue while keeping Democrats from pursuing it.

The Republicans, who are well aware that things have been swirling out of control, have been unwilling to challenge the president because many of them face election in 2018. In the face of the possibility of Trump’s vengeance and also fearing the anger of rightwing populist voters, the Republicans have revealed themselves to be the most cowardly group of legislators in recent memory.

The Democrats are not much better, with a few exceptions. While they want investigations, they have been opposed to calling for impeachment. House Minority Leader Nancy Pelosi warned her colleagues and the public that the Democrats should not call for impeachment because there were insufficient facts on which to base such a charge. But Congressman Al Green, of Texas, told fellow representatives in Congress: “The President must be impeached.” He went on, “It’s not the politically expedient thing to do. This is what we must do to maintain our democracy.”

Pelosi and the Democratic Party leadership may fear that Vice-President Mike Pence would be a more effective leader in the fight for the far right agenda. But they may also fear that a campaign for impeachment would stir up social forces right and left that they could not manage, and management of the establishment’s affairs is their first concern.

These developments taking place in the cupola of the edifice of the American establishment, arranged by consultations among handfuls of the most elite members of the society, have happened without much impact from what has been called the Resistance. The marches by women and environmentalists, immigrants’ protests and small-scale strikes, and the outpourings at town hall meetings have given expression to widespread fear and anger from below and on the left, but they have had little direct political impact.

The Democrats, working through Indivisible, have attempted to place themselves at the head of the Resistance, while progressives in Bernie Sanders’ OurRevolution—also committed to work in the Democratic Party—have done the same. Many of those in the movement have their own views and are not commited to the Democratic Party. A good many are radical activists. Yet, without a movement with an independent political identity, we have had no impact on the most important high-level developments.

The other major problem of the Resistance is that the labor movement—the only group with the size and social power to push the Democrats and moderate Republicans to fight against Trump, and not only get rid of Trump but also fight for reforms and for a change in the system—has been deeply divided and largely absent from the fight so far.

The FBI plays the role at this moment of savior of the political establishment and the corporate political agenda that it represents. It is not our savior. We need to increase the pressure from below, to build a larger, more unruly, and more confrontational movement. We need to go beyond protest to disruption if we are to have any impact on events. Otherwise we go from the more unpredictable Trump, to something which is predictably bad for the American people and the world.