Capitalism and the Reactionary Power of White Identity Politics 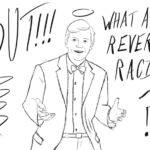 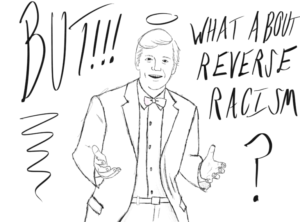 “Yet the end that planters and poor whites envisaged and, as the fight went on, the end that large numbers of the Northern capitalists were fighting for, was a movement in the face of modern progress. It did not go to the length of disfranchising the whole laboring class, black and white, because it dared not do this, although this was its logical end. It did disenfranchise black labor with the aid of white Southern Labor and with the silent acquiescence of white Northern labor.”

Momentum for building a post-neoliberal U.S. has been gaining strength with each passing day. However, despite the rise of new and exciting figures, such as Alexandria Ocasio-Cortez and the tide of striking teachers in even GOP dominated states, we must remain aware that whenever there has been potential for revolutionizing government and politics, there has always followed a reactionary and brutal backlash.

For instance, during Reconstruction, a counterrevolutionary force swept across the South, erecting a system of apartheid and which stripped away newly won economic and political rights for most African Americans. Similarly, in the late 1960s/early 1970s, as African Americans fought to end apartheid across the country, their efforts were met with violence and terror.

Whenever there has been possibility for the U.S. to free itself from capitalist rule, there has always been a countervailing force allowing for the status quo to recover and regenerate. And often, that countervailing/counterrevolutionary threat that has time and time again cut short eras brimming with hope and promise has been white identitarian politics.

Economic elites and the Right recognize the power of whiteness and its ability to stall major political and economic progress. Although there is now an energized Left in this country, there remains the opportunity for white identity politics to reemerge more potent than ever, especially as Donald Trump and his billionaire allies are desperate to maintain their power in the face of demographic change and the reality that many young people have become jaded with capitalism. If the Left hopes to succeed in turning their vision for economic and political liberation into reality, understanding the reactionary power of white identity politics is essential.

Whiteness and the Project of U.S. Capitalism

When the U.S. state was first forged by European American men of economic privilege like George Washington and Thomas Jefferson, their goal was to preserve their own interests. They did this by elevating the protection of property rights and in forging ahead in the development of a capitalist economy.

What this meant, however, for the vast majority of Americans, who were also European but were at the bottom rung of the economic hierarchy, was that access to economic power was limited. Hoping to pacify the white masses and prevent them from uprising, the founding fathers allowed those defined as “white” the right to vote and the right to certain other freedoms while most African Americans and the indigenous were denied those very same rights and freedoms.

As noted by Matthew Frye Jacobson and David Roediger, by restricting certain rights to mostly whites and denying them to African American and the indigenous, this cultivated a sense of superiority, even among white workers, and a feeling of cross-class “solidarity” between white workers and the white elite. Instead of viewing the world as divided between themselves and those who exploited them, many white workers soon accepted the premise that they, along with their white employers, shared in a struggle over resources against the “uncivilized” black and brown people.

Over the years, the contours and shape of whiteness would shift to meet the needs of the economic and political elite. When the Irish and Italian first arrived, they were discriminated against by other European Americans. However, after the Civil War, Northern and Southern elites understood that to avert rebellion from a white and black alliance, the Irish and newer European immigrants must be integrated into the mainstream. Establishment politicians started to encourage other white Americans to accept them and the Irish and Italian immigrants learned to distance themselves from African Americans by refusing to work with them and by supporting explicitly white supremacist political candidates.

Matthew Frye Jacobson writes in Whiteness of a Different Color: European Immigrants and the Alchemy of Race, “The contending forces that have fashioned and refashioned whiteness in the United State across time, I argue, are capitalism (with its insatiable appetite for cheap labor) and republicanism (with its imperative of responsible citizenship).”

Whiteness provides for some to be included into the mainstream but on terms that preserves the overarching economic and political structure of capitalism, which means that the wealth produced by white and black workers is still to be siphoned off into the coffers of the capitalist class.

The Reactionary Power of Whiteness

The era of Reconstruction marked the expansion of political and economic freedom. Land was gradually redistributed to African Americans who had just been emancipated. Education and voting rights had finally become accessible as well, especially for African Americans.

However, reactionary Northern and Southern economic elites feared that these changes could strip them of their power and lead to a dismantling of economic and political hierarchies. Therefore, to prevent any of these changes taking root, the elite exploited white resentment among the white masses, suggesting that if the previous economic and political hierarchy was to be overturned, then the “uncivilized” black population would reign over the “civilized” white one.

“The race element was emphasized in order that property-holders could get the support of the majority of white laborers and make it more possible to exploit Negro labor,” DuBois explained in Black Reconstruction, his magnum opus on the conditions of race and class in the U.S. following the Civil War. He added, “But the race philosophy came as a new and terrible thing to make labor unity or labor class-consciousness impossible. So long as the Southern white laborers could be induced to prefer poverty to equality with the Negro, just so long was a labor movement in the South made impossible.”

The strategy succeeded as whites terrorized their black neighbors rather than their white bosses. Southern legislators passed laws that stripped African Americans of their newly won freedoms, including the right to vote, while retaining it for whites, which reinforced the feelings of superiority and entitlement.

Similarly, by the 1960s and 1970s, the U.S. was once more experiencing significant challenges to its political order. Black radicals were on the frontline demanding an end to exploitation alongside Chicano and Asian American activists as well as white radicals and allies. However, the right-wing and those invested in “protecting” property rights and other bourgeois values, including so-called republicanism, gradually developed a coalition of white Americans, including working-class to middle, whose white entitlement and aggrievement were once more activated.

“Cartoonish rhetoric proliferated,” Jefferson Cowie explains in The Great Exception, “For example, the suggestion that working peoples’ taxes were being pipelined directly to black welfare recipients, a racist fantasy catalyzed by Reagan’s Cadillac-driving ‘welfare queen’ stories, which helped many people justify pulling the Republican lever for the first time in generations of their families’ history.”

A white backlash politics was reenergized and sustained over several election cycles, elevating the political careers of men like Richard Nixon, Ronald Reagan and of course, Donald Trump. These right-wing politicians and their corporate allies have appealed to whiteness as they dismantle the welfare state and replace it with a neoliberal one in which the economic elite hordes the country’s wealth while everyone else has to work multiple jobs to survive. White Americans are told, implicitly and explicitly, that it’s their African American neighbors and immigrants of color who are making life difficult for them and that white businessmen and white politicians are the only ones to trust.

The reality is those in power, the financial elite and their allies, realize that there is still a window of opportunity to maintain their influence and wealth for decades to come, even when the demographics shift. As Nancy MacLean and others like Wendy Brown and Quinn Slobodian have noted, those who have wanted to sustain their economic rule and believe in so-called “unfettered” free markets and capitalism have long understood that they must curtail democratic accountability and the ability for “ordinary people” to influence policy.

Before white identity politics becomes less and less significant due to demographic changes, elites and their right-wing allies hope to weaponize whiteness in the interim to elect politicians who support anti-democratic and anti-egalitarian laws and measures, such as passing voter I.D. laws or appointing lifetime judges who are increasingly pro-business and anti-egalitarian. Consequently, it is in the interests of the anti-capitalist Left to inoculate enough white Americans, especially its working-class, against right-wing propaganda that appeals to white identity and racist demagoguery.

One major way in doing this is through labor unions. Prior to deindustrialization and the purging of left-wing radicals from their memberships, unions had been a space in which different groups of people were drawn together, forced to see one another as allies rather than competitors. Radicals among them also pushed white union members to know more about issues surrounding capitalism and the importance of solidarity in the face of right-wing assault. This education was stopped once labor unions were gutted of their radicals by liberal reformers and when labor leaders themselves decided to allow its white members to maintain segregated unions and to essentially, retreat into their whiteness.

As white labor activists seek to rebuild unions to what they once were decades ago, they must also, make efforts to reinvent unions as not only organizations fighting for better wages but as entities that can educate workers on important issues like white supremacy. In Solidarity Divided: The Crisis in Organized Labor and a New Path Toward Social Justice, long-time labor activists and political thinkers Bill Fletcher Jr. and Fernando Gapasin argue “Membership education is largely conceptual and secondarily technical. It aims to provide a framework that members can use to analyze their experiences and guide actions in their own interests. Thus, it deals with the big picture.”

Whiteness is socially constructed and can be taken apart. If white radicals in the labor movement are serious about revolution, they must explain the dangers of white identity politics to white members in their community and in union spaces. Any hopes of building an anti-racist, anti-colonialist economic and political system requires white radicals pushing other whites in identifying that progress for African-Americans and other groups of color means that all workers benefit.

“My rise does not involve your fall,” DuBois once stated about the last time when a new economic and political system appeared to be on the horizon.