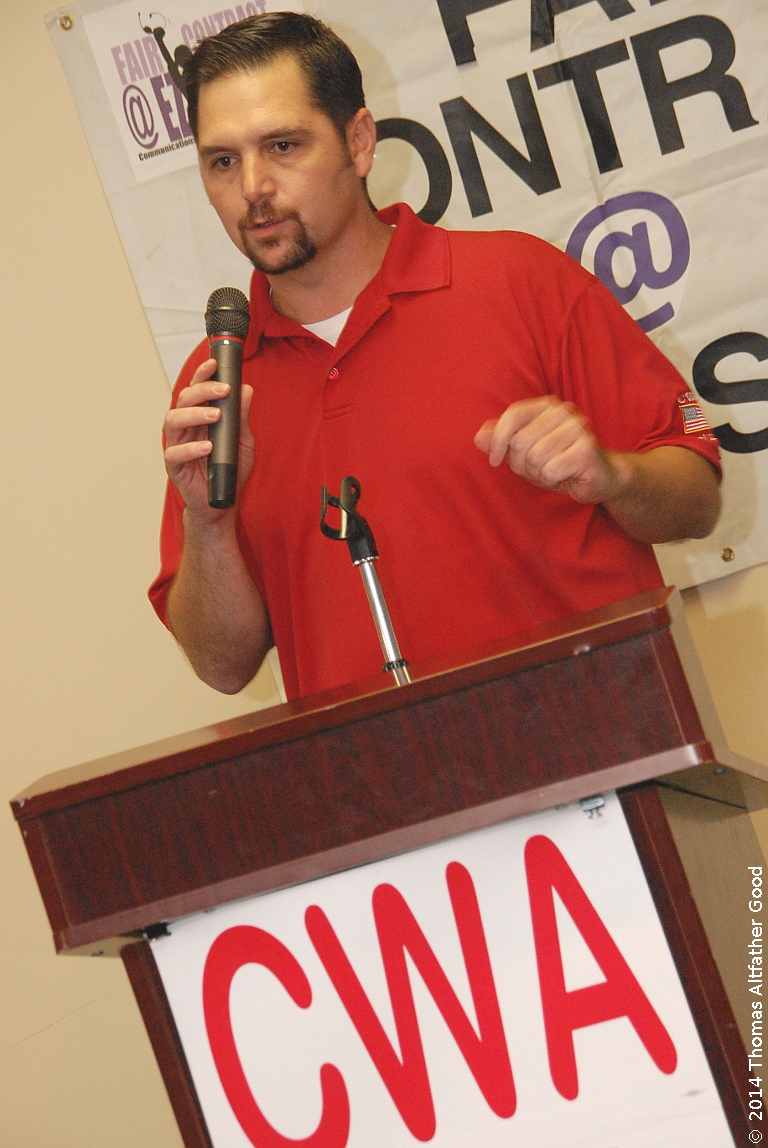 Staten Island, the whitest and most suburban of New York’s five boroughs, has a reputation as the most right-wing part of the city. Its voters provided the margins that put Rudolph Giuliani and Michael Bloomberg in office as mayor. Last November, Donald Trump won 57 percent of the borough’s vote, while he was getting barely 15 percent in the rest of the city. It was Staten Island cops who killed Eric Garner in 2014, and a Staten Island grand jury that wouldn’t indict the one who choked him, sparking weeks of Black Lives Matter protests across the city.

Since the 45-day Verizon strike in the spring of 2016, however, progressive labor unions and community organizations on the island have united in a coalition called Sustainable Staten Island. The coalition’s participants include Communications Workers of America Local 1102, the New York State Nurses Association, Amalgamated Transit Union Local 726, the Professional Staff Congress, the American Postal Workers Union, and grassroots groups such as Staten Island Peace Action and Move Forward Staten Island.

The strike, in which 40,000 Verizon workers on the East Coast walked out to demand better pay and to stop the company’s plans to outsource work to low-paying overseas contractors, succeeded with a combination of worker solidarity and community support. The office of Local 1102, which represents Verizon technicians on Staten Island, is now one of the hot spots of community organizing in the borough. Its meeting room is covered with hand-drawn posters from picket lines, marches and rallies. The centerpiece is the “Wall of Honor” banner. It features dates and notches — each one marking a day of the strike — and photos of customers who picketers convinced to turn away from entering a Verizon store. It also shows red-shirted strikers marching to a hotel that was letting strikebreakers convene in its parking lot, standing silently outside while a CWA delegation met with the hotel’s management, and walking back to the local triumphant after the scabs were sent packing.

‘We Don’t Have to Take This’

Local 1102 President Steve Lawton says his experience with Occupy Wall Street expanded his vision of how things could be different. A native of New Jersey, Lawton moved to Staten Island 20 years ago for a job at Verizon. He has been a shop steward, business agent, organizer, and executive board member of the 412-member local. Now he is serving his first term as its president. His road to union activism began when he saw his co-workers being mistreated and his rebel instincts kicked in. The stoicism of working people who have to cope with abuse every day frustrates and motivates him.

“The real message is — we don’t have to take this,” he says.

Local 1102, after a seven-year struggle, also represents workers at the E-Z Pass customer-service call center in Staten Island. E-Z Pass workers asked it for help in late 2008, and voted narrowly in 2009 to join Local 1102, but the Xerox subsidiary that had taken over the contract challenged the election results and refused to bargain. It brought in Jackson Lewis, one of the nation’s most notorious union-busting law firms; fired 14 union supporters; and switched the workers’ pay from hourly wages to per-call rates. Xerox eventually recognized the union in 2010 and signed a first contract in 2011, but continued its anti-union campaign. Before it signed a second contract in 2015, it held captive-audience meetings with workers and tried to get Local 1102 decertified.

“It’s a hard fight and we are still up against it,” Lawton says. “But this is their first experience of working with union folks and good leadership is now showing up.”

The union realized it needed to connect with people outside its own members on broader issues. “Our educational system doesn’t teach things like redlining of neighborhoods by banks and insurance companies, or about systematic racism and inequality,” CWA shop steward Joe Tarulli said at a Sustainable Staten Island public forum on economic inequality on June 22. “The main goal … is to get people out of their silos and to develop empathy. Sustainable SI helps to open peoples’ eyes to see the issues that need to be addressed and then get to work.”

“I wanted to lift up my brothers,” John McBeth of Occupy the Block said after speaking about growing up in the West Brighton projects and returning to Staten Island after a tour of duty in the Navy. Occupy the Block is a volunteer group whose members come from the North Shore neighborhoods and turn out two nights a week during the summer to provide a calming presence in the streets, offering support and guidance to troubled youth. “The idea behind Occupy the Block, is that you continue working with your organization, but also work with others — with us,” says McBeth, who is also a deacon at local St. Philip’s Baptist Church. “We use our bodies — we do it ourselves. This is our community. Do the work and the resources will come.”

Gonzalo Mercado, executive director of La Colmena, a community organization that works with day laborers and other low-wage workers, described how immigrant workers fleeing economic devastation in their homelands find themselves toiling as many as 80 hours a week, enduring high rates of injury and death on the job while struggling to support themselves. “There are no legal ways for people to come to the United States and employers like it like this, since it makes it easier to exploit these workers,” he told the forum.

Members of Staten Island Peace Action described a flurry of recent actions they had been involved in — an April 29 climate-change march down the boardwalk from South Beach to Midland Beach that drew more than 500 people, handing out flyers at the Staten Island Ferry Terminal about how federal tax dollars are disproportionately used for military expenditures and a rally at the United Nations for a treaty to ban nuclear weapons.

“It’s tricky to get people involved in these global issues,” said Ashley Santangelo. The group also gives talks at local high schools about alternatives to entering the military.

“It’s important for labor to be involved and to come together with our community partners. In this way, our impact is broader,” Steve Lawton says. “Economic, workplace rights, human rights and environmental rights are all connected. The same principles of liberty and freedom apply and we can’t limit our fight for these rights to the halls of our legislatures.”