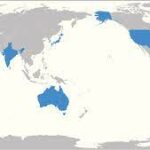 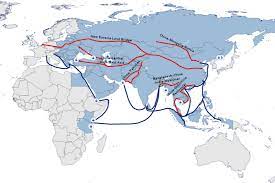 President Joseph Biden has refocused U.S. foreign policy and military strategy on America’s two great power imperial rivals: Russia and China, particularly the latter. With the world’s second largest economy, still growing phenomenally at almost 8 percent per year, with it’s multi-trillion dollar belt-and-road initiative expanding its economic reach through Asia and to Europe and Africa, and with its leader Xi Jimping’s promise to make his country a “world class” military power being gradually realized, China is at the center of U.S. policy and strategy. China’s aggressive actions in constructing islands in the South China Sea and its threatening military maneuvers near Taiwan, have made its ambitions clear.

Former president Donald Trump challenged China in his typically erratic manner. As candidate, Trump frequently criticized China in Tweets and speeches, accusing China of currency manipulation, of intellectual property theft, of government subsidies of exports, and of creating the enormous trade imbalance. “We can’t continue to allow China to rape our country,” he said. Trump’s harangues about China played well to his base of small business owners and rustbelt workers.

As president, Trump launched a tariff war with China, as each country imposed tariffs on hundreds of billions of dollars worth of goods. But that led to a slowing of the U.S. economy. Hundreds of thousands of U.S. jobs were lost, many U.S. farmers went bankrupt—and still the trade deficit grew. Yet his base remained loyal.

Trump’s messages were mixed. He lauded Chinese head of state Xi Jimping for his leadership, calling him a “friend” and an “incredible guy.” He praised Xi’s handling of the Hong Kong protests, as the Chinese central government strangled the democratic movement there; and Trump declined to speak out on the million Uyghurs held in concentration camps in Xinjiang province. (Though his cabinet members did.) Trump tightened export and investment controls, and China did eventually sign an agreement promising to stop currency devaluation and intellectual property theft.

Trump initially praised Xi’s handling of the corona virus in China, but then later when the virus spread in the United States, he accused China of being responsible for the COVID pandemic, which he called the “Kung Flu,” ginning up anti-China sentiment and anti-Asian racism. Trump demanded hundreds of billions of dollar in damages and threatened to punish China one way or another, but that was largely a charade. Trump’s focus on economic issues and then on COVID meant that he tended to ignore China’s geopolitical role.

Biden plans to build in the Quad, the alliance of the United States, Australia, Japan, and India, to resist China.

Biden’s approach to the China challenge is altogether different. First, it is focused principally on geopolitics and military strategy. This was clearly demonstrated by the Biden administration’s signing of a deal with Australia to provide it with nuclear submarines. Building on the Quad—a lose alliance of the United States, India, Japan and Australia—Biden hopes to build a stronger coalition to contain China.

Second, Biden wants to renegotiate the Trans-Pacific Partnership, an economic alliance, negotiated with more than a dozen Pacific Rim countries in 2016 by President Barack Obama. Trump withdrew the United States from the TPP on his first day in office. Biden’s renegotiation of TPP would lay a strong economic basis for countering China.

Opposition to China is popular in the United States. The proportion of Americans who see China as the country’s greatest enemy has doubled in the past year, from 22% to 45%. The U.S. left, with no strong anti-war movement, has little capacity to resist the growing militarism. And some U.S. leftists, apparently blind to its authoritarian regime at home and imperial ambitions abroad, support China. We on the left have a big job ahead, to explain the existence of multiple imperial powers and to build a movement to resist U.S. imperialism, while also opposing Russia and China.