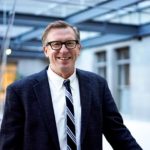 Don Tuski, President of the College for Creative Studies, Detroit

These were the words Don Tuski, President of the College for Creative Studies (CCS), chose to use at an end-of-semester meeting with faculty and staff after announcing a 5% reduction in workforce at the Detroit Fine Arts college.

CCS is a private college in Detroit offering bachelor’s and master’s degrees in fine arts to its over 1,400 students. At a cost of $44,000 a year, CCS’ $55 million annual budget should have kept it financially stable as they finished the 2019-2020 school year. However, the result COVID-19 pandemic became an opportunity to enact an austerity-driven “restructuring.”

Since becoming president of the college in 2019, Tuski’s model for CCS has been driven by divide-and-conquer. Staff returned to campus for Fall classes that year to learn that they had been classified into one of three bands. These bands were in part based on job classification – managerial, staff, and faculty – but the sections within those bands were primarily salary-based. So, for instance, staff members in completely unrelated areas of the college could be placed in the same band on the basis of their pay scale, rather than their job description.

The challenge this presented became obvious when returning faculty and staff were told via email that they would be reporting to a Fall meeting. Meeting times were based on band, and thus, each member in the room knew the approximate salary of every other member there as well. The complicated process was the result of an outside firm that was hired to conduct a survey based on job performance and salary scale. While at this meeting, members of each band inquired about compensation and the process for getting placed into separate band categories for salary bonuses. One individual that was interviewed stated that, “it was a very uncomfortable time and many people were upset. Rather than opening this up to everyone so you could see what the salary scales were and the job requirements for each category, the administration asked people to come to the band meetings but were told nothing about the other bands, so we had to stitch together classifications from conversations.”

Frustrations at CCS continued throughout the school year, until COVID-19 forced the college to consider budget cuts. At the end of May, 19 individuals were notified with only thirty minutes’ notice that they had to attend a Zoom meeting with either the president, dean, or vice president as well as a member of Human Resources. At this meeting, they were calmly and coldly informed that their positions would be eliminated. One individual, who wished to remain anonymous, stated that the decision to eliminate these positions was “made at the top with Tuski and a few people – board members and such – but they never mentioned declining enrollment as a factor leading to that decision. It appeared to be retaliatory.”

Faculty and staff were unaware of these cuts until a final annual meeting on Friday, May 22nd. At the meeting, Tuski informed everyone that, “Transparency is the goal, but only where possible.” He had been irritated at a Detroit Free Press story which had inside information on the state of CCS’s budget, something which he believed could damage their reputation in the city. Given the state of CCS at the time, Tuski stated that the board of governors had endorsed a plan to reduce the college’s budget between 10-30 percent, or $18-24 million in total.

In addition to these cuts, Tuski relayed that no outside contracts would be given and that everything needed for transitioning to online education would be done by staff. However, at the same meeting, Tuski stated that Michigan Virtual, a K-12 online learning platform, would be responsible for the rollout of new course content, given that the online instructional designers had already been eliminated in the first round of budget cuts. Although no further cuts or reductions have been announced, Tuski stated that there may be future “tweaking” and “collaboration” in a desire for the college to remain “flexible” as it moved forward into Fall 2020. “Obviously, this week was not about collaboration,” Tuski stated at the meeting. “Moving forward, this has to be about collaboration.”

Mistrust of this conclusion is not misplaced, however. Towards the end of the meeting, Tuski only permitted handpicked, pre-submitted questions from faculty and staff. This prevented irate faculty from voicing their concerns in an online group setting where their power to collectively show their distrust could be mitigated.

At the moment, CCS has stated that the lowest paid professionals will not have a pay decrease and 403(b) contributions will continue, even as the college seeks to increase its financial performance with “outside partnerships” and a possible tuition decrease for incoming students.

Tuski’s model for running CCS is one that will become all too common in smaller, private colleges across the country. Neoliberal austerity measures to reduce staff sizes provide an ample opportunity to eliminate the positions of those deemed to be ‘troublemakers’ under the guise of low program enrollment and expectations of a smaller student population. Outside contractors with ties to for-profit online platforms can now capitalize on the desire for smaller colleges to make their Fall 2020 semesters accessible. Positions that would otherwise be reserved for in-house staff can be more readily eliminated while other staffing positions, such as custodial, maintenance, and book stores, are considered non-essential at present.

The history of Tuski’s tenure at CCS shows that the process of neoliberal reforms has been well-established long before COVID-19 hit the nation. The global pandemic has only further entrenched this model, and countless thousands of staff in smaller colleges throughout the U.S. will now suffer its ramifications.