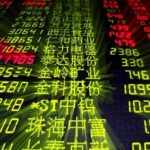 We share this article from Lausan as a valuable primer on China’s role in reinforcing U.S. imperialism. It explains the rationale for rejecting campist frames for building opposition to US interventions—issues further explored in this Summer 2020 symposium and this analysis of how the US left should view China. –NP

A new generation of Western self-described Marxist-Leninists have come to the fore in the last several years, wreathing themselves in the legacies of Mao and Stalin. They claim to be the inheritors of the old Third International communist parties that dominated the 20th century and presented, at least in their minds, the greatest threat to the American world order. But where older generations of Marxist-Leninists focused on replacing capitalism—what was understood as the primary driver of imperialism—this new generation of Marxist-Leninists derives their politics from a largely imagined set of geopolitical configurations. Eschewing even the logic of “an enemy of my enemy is my friend,” these would-be Marxist-Leninists have convinced themselves that any enemy of the US is a socialist utopia and perhaps even a global anti-imperialist power.

This has led them to support the modern Chinese Communist Party (CCP), looking to it as a model of international socialism and anti-imperialism: the last bulwark of 20th century communism against the ever-expanding American empire. What this generation of Marxist-Leninists has ignored is China’s late Cold War role as the great anti-communist power in the East, and its subsequent role in financing the American empire as it invaded Afghanistan and Iraq. The story of this transition—from international vanguard of the communist movement to key American Cold War ally and member of the World Trade Organization—is key to understanding the structure and maintenance of the modern capitalist system. Without this perspective, would-be leftists are left to wade through a reality composed of half-remembered slogans and the symbols of a world that died half a century ago, unable to see the actual structure of capital and empire that composes the American imperial system.

Relations between the US and the People’s Republic of China (PRC) were not always friendly. Although American opposition to communism abated somewhat as a product of their alliance with the Soviet Union (USSR) during the Second World War (WWII), the Truman administration backed Chiang Kai-shek and the Nationalists against the CCP in the Chinese Civil War. The resulting “loss of China” as Communist victory in the civil war was understood in the US to be a major driver of McCarthyite anti-communist politics.

Almost immediately after the end of the civil war, China and the US faced off again over US intervention in Korea. That war would see Chinese troops make bayonet charges through their own artillery against entrenched American positions as the two nations went to war over the fate of the peninsula. A mere thirty years later, the American-backed PRC would invade the newly minted socialist state in Vietnam with the goal of crushing Soviet influence in East Asia. How can we account for this rapid geopolitical shift? One answer lies in two crises that the CCP faced in the late 1960s and early ‘70s—the geopolitical crisis of the Sino-Soviet split and a related domestic Chinese production crisis that spanned the majority of the socialist period.

A key moment in both of the crises that would drive China into the American camp was the USSR’s de-industrializing of the Manchurian industrial belt. This belt, developed by the Japanese during its occupation of Manchuria, was hauled by train to the other side of Russia at the end of WWII to rebuild the Soviet’s manufacturing base (against the pleas of the Chinese communists), leaving the nascent Chinese state less industrialized than Russia had been in 1917 and fomenting political and economic tensions between the PRC and the USSR. At every step of China’s path, from communist stalwart to key ally of the American empire, inter-state competition between nominally socialist governments would only strengthen capitalism. The final product of this disastrous strategy is the endless parade of horrors, from capitalist plagues to concentration camps to the endless cycles of famine and war we confront today.

China’s complicity in these horrors teaches us that anti-capitalism is a class war, not a war between states, and that any attempt to confront imperialism—the great spawn of capitalism—by those same means is doomed to fail. Understanding China’s role in American empire reminds us how urgently we must confront the capitalist world system in its entirety.

The CCP’s relations with the USSR was fragile from the start. Soviet-imposed leadership from the Third International pushed the CCP into a disastrous alliance with the Nationalists. This culminated in the Nationalists slaughtering the Communist workers of the 1927 Shanghai uprising and essentially destroying the urban wing of the CCP. Relations worsened dramatically over Khrushchev’s Secret Speech and the USSR’s move to pull out its advisors and technicians as a protest against the Great Leap Forward.

The souring of relations further intensified China’s economic production bottleneck, a crisis that arose as a product of the devastation both WWII and the Chinese Civil War wrought on Chinese agriculture. In order to increase agricultural output, the CCP needed industrial capacity to modernize Chinese agriculture with technology such as tractors. But in order to build that industrial capacity, the CCP also needed to expand the Chinese food supply to support a larger urban population to do industrial work. This created a bottleneck in production which inhibited further development. In 1958, the CCP attempted to simply blow through the bottleneck using the sheer force of its rural workers. The Great Leap Forward pulled agricultural workers out of the fields to focus on infrastructure projects, and attempted to make up for the labor shortfall created by taking workers out of the field. The result was an epochal disaster. The famines that followed killed millions without making a dent in the bottleneck, which sharply increased the urgency for building industrial capacity.

Sino-Soviet relations continued to deteriorate as the ‘60s wore on. In 1969, open conflict between Chinese and Soviet troops broke out on Zhenbao Island,1 which nearly caused a war between the two countries and saw divisions of the Chinese and Soviet armies mobilized across the entirety of the border. This border conflict finally caused a decisive break between China and the USSR. Mao’s solution to this problem was to begin negotiations with the US to both build an anti-Soviet alliance and gain access to American technology. Those technology transfers were vital to the future of the Chinese economy. Import substitution schemes like the one that the CCP was about to attempt largely failed, as was the case of Venezuela and the Andean Pact in the ’70s, because multinational companies refused to sell countries the technology needed to create domestic industrial competitors.2 The US, however, was willing to ship China entire factories as technology transfers, but for a different kind of price—the CCP would sell out the global communist movement.

The first sign of betrayal was China’s active role in supporting Pakistan during the 1971 genocide in Bangladesh. By 1972, Mao’s meeting with Richard Nixon signaled that the full anti-communist pivot was complete. With this pivot, China became a close American ally and the bulwark of anti-communism in East Asia and beyond. By the middle of the decade, the CCP was giving out loans to Pinochet, supporting UNITA in Angola alongside South Africa and the US against Cuba and the Soviet Union,3 and had opened diplomatic relations with reactionary capitalist powers, from the Marcos regime in the Philippines to Japan. Deng Xiaoping sealed this alliance by invading Vietnam in 1979 in defense of the US-backed Khmer Rouge—which the Vietnamese government had been attempting to overthrow. The CCP claims to have killed 100,000 Vietnamese communists in that war, which broke the back of the communist movement in East Asia and essentially ended it as a Cold War front, thus allowing the US to fully pivot to its massacres in Latin America and Africa in addition to the defense of Europe against the USSR and domestic communist movements.

China continued to back anti-communist movements across the globe for the rest of the Cold War. By then, the Cold War was nearly over. The communist movement, betrayed by its own and sent into an irreparable tailspin, ended in the fall of the USSR and the total victory of American capitalism.

China’s realignment toward the Capitalist Bloc also solved another problem for the US. Declining rates of profit during the crisis of the ‘70s caused massive, unprofitable overcapacity in the manufacturing sector, matched by capital that was impossible to profitably invest. This crisis manifested itself in a series of debt bubbles that stretched from Latin America to Japan. However, the integration of China’s highly educated but extremely poor population into the global economy, as both a source of labor and as a market, restored manufacturing long enough for capitalism to weather the storm.

Capital began to flow into Chinese industries, a process which intensified through the East Asian bubble collapsing in the ‘90s. American military logistics lines that once contained the threat of Chinese communism were fully converted into servicing Chinese exports to the US through the advent of containerized shipping. It was during this period that China’s military alliance with the American empire transformed fully into an economic alliance. American empire is built on debt: its financial and military power are inseparable. American deficit spending pays for the American army, which in turn is used to extract tribute in the form of forcing other countries to buy American debt that can never nor will ever be repaid. It is through this arrangement—debt purchases at gunpoint—that the American empire is maintained. But despite the posturing of American and Chinese officials (backed by an arms industry), the US cannot militarily coerce China, which boasts both nuclear weapons and the world’s largest army.

This makes China’s role in the American empire utterly unique. Unlike other major American bond purchasers (Japan, South Korea, Germany) who are American military protectorates and can thus even be coerced into increasing the value of their currency, China subsidizes the American war machine because it wants to. More precisely, the CCP funds America’s wars in order to maintain the high value of the dollar relative to the yuan, which gives China a massive competitive edge in manufacturing and is a critical source of China’s massive economic growth. But the cost to the rest of the world is enormous. Although China clearly did not force the US to invade Iraq, it did fund the war. In coalition with the East Asian American military protectorates, China filled the massive budget shortfalls that resulted from the combination of the Iraq War, Bush era tax cuts, and the early 2000s recession, propping up the flailing US economy as the war commenced. Chinese bond purchases intensified with US spending in both Afghanistan and Iraq. Indeed, the CCP became an eager participant in the new War on Terror by allying closely with Israel, adopting American counterinsurgency techniques and technologies from the rapidly burgeoning trade, and eventually hiring American mercenary Erik Prince for themselves for deployment in “Xinjiang.”

China is complicit in and, in some ways, responsible for American imperialism. The CCP picked the side of capital in the Cold War, doomed the international communist movement in the process, and continues to fund American imperialism to this day. But to simply claim that both states are bad, is to miss the point. Imperialism in its modern form is a product of capitalism. Capitalism is a world system, not merely the product of the decisions of individual countries. Replacing one capitalist empire with another is futile. Any form of anti-imperialist politics that focuses on nations invariably arrives at pitting one of the faces of capitalism against another, which can only ever reproduce the very system it claims to fight. Only through a confrontation with the entire capitalist world system, no matter the color of its flag, can the nightmare of empire end.