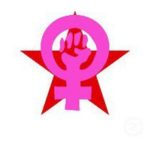 Sara Henríquez feels betrayed. As a student in the 1980s, she spent all her spare time working towards the Nicaraguan revolution, as a Sandinista youth and university leader, as part of the ‘literacy crusade’ and harvesting coffee and cotton.

Henríquez and her comrades were successful in their struggle and the Somoza dictatorship was overthrown in 1979. The Sandinista National Liberation Front (Frente Sandinista de Liberación Nacional – FSLN) governed the country until 1990, launching a massive social programme, including the Nicaraguan Literacy Campaign, massively reducing illiteracy rates. They also greatly improved the Nicaraguan health system, as well as carrying out land reform.

But now, the FSLN that Henríquez worked so hard for is dominated by the family of President Daniel Ortega and his wife, the vice president Rosario Murillo. They are overseeing a violent political and humanitarian crisis that has been ravaging Nicaragua since April 2018. Peaceful protests against the government have been brutally repressed by the state and pro-government armed groups, resulting in the deaths of at least 320 people, over 3,000 wounded, more than 600 imprisoned and 60,000 in political exile. Many have been tortured or disappeared.

Thousands of people took to the streets of Nicaraguan cities from 18 April 2018 to protest against social security reforms that would hit the poor and elderly hardest. The protesters faced violence from government supporters, causing thousands to demonstrate and show their indignation.

The government has continued to use the police and paramilitary groups to violently quash the resistance, criminalising activists as ‘terrorists’ and making political protest illegal. A recent report by the Interdisciplinary Group of Independent Experts has verified that the Ortega-Murillo government could be formally accused of crimes against humanity. Supreme court judge Rafael Solis – a self-described ‘ex-Sandinista militant’ – resigned saying that Ortega has transformed the country into ‘a state of terror’.

The blue and white of the national flag have become symbols of the resistance movement. ‘But then people got arrested for releasing balloons onto the streets,’ says Henríquez.

Tens of thousands of Nicaraguans have left the country, many to Costa Rica. In July 2018, UNHCR reported that every day an average of 200 asylum applications were being lodged there by Nicaraguans.

There have been repeated reports of censorship, attacks and threats against the media and journalists. On 19 April 2018, several television channels were pulled off air and a radio station in León, Radio Darío, was set on fire the next day. A journalist from the Caribbean city of Bluefields was killed by the police, according to eye witnesses, and two young black men falsely accused of the crime. Since then, several NGOs and media organisations have been raided.

Henríquez, a feminist and LGBT rights activist and member of the Autonomous Women’s Movement, co-founded two feminist networks in Leon, where she lives. She says that feminists have seen the warning signs in Ortega’s politics and behaviour for many years.

Between 1979-90 the ‘contra war’ raged in Nicaragua. Thousands of ‘contras’ (counter-revolutionaries) were backed by the US to try to overthrow the FSLN government and undermine its social programmes, leaving 30,000 people dead and 20,000 wounded.

Ortega’s original presidency ended when he lost the election in 1990, and over the years he has become more authoritarian, neoliberal and focused on religion. By making a pact with the corrupt extreme right to avoid prosecution for sexual abuse, and then a deal with the churches to ban abortion in exchange for their support, he managed to return to formal power in 2006. Under current laws any form of abortion under any circumstance is punishable with several years in prison for women and medical personnel.

Following his return to power, Ortega immediately began to attack feminists and independent civil society groups, and worked to concentrate state power in the hands of the FSLN under his leadership. The UN human rights office has highlighted ‘recurrent allegations of corruption and electoral fraud and media censorship, and high levels of impunity amongst other issues’.

Ortega – who has now been president for three terms – pushed the national assembly to abolish presidential term limits in 2014. He also tampered with the constitution to allow his wife Rosario Murillo to become vice president in 2017.

‘What he’s actually done is make pacts with the extreme right and with big capital,’ says Henríquez. ‘He gutted the Sandinista party, banned abortion and erected a family dictatorship based on authoritarian machismo.’

Henríquez says that women and feminist movements have played a key role in resistance against Ortega’s increasingly oppressive governments. In 1998, feminists supported Ortega’s adopted stepdaughter Zoilamérica Narváez after she published allegations that he sexually abused her for over a decade. However, Ortega had immunity from prosecution.

‘What’s allowed him to maintain himself in power has to do with this complicity between macho leaders and through this the processes of abuse, whether they be abuse of women, or abuse of the country. That’s become kind of naturalised. It’s basically political and economic corruption that’s allowed him to stay in power.’

Henríquez says that the Nicaraguan feminist movement has grown significantly over the past 15 years. It has joined forces with other movements, resulting in the broad resistance on the streets of Nicaragua today, including students and young people, environmentalists, peasant farmers and neighbourhood groups.

‘This is a popular movement that covers a huge part of the population… It’s a peaceful insurrectionary movement,’ she says.

Women and LGBTQ political prisoners can face additional abuse in prison. ‘Not only are they being tortured but they also suffer from rape, often gang rape, and degrading displays of their bodies in front of other people – forced by guards,’ says Henríquez.

‘LGBT people are doubly vulnerable in this situation because it’s a very homophobic society, which has come out of the same machismo.’ She says that trans women are particularly vulnerable.

Although some have condemned what is happening, Henríquez would like to see the international community, including politicians, speaking out more strongly against Ortega and his government.

‘What we have to recognise, and what everybody around the world has to recognise, is that Daniel Ortega is not representing the left at all – he’s a dictator. He’s a political opportunist,’ says Henríquez.

‘A lot of countries and a lot of people who represent “the left” are closing down, they’re not willing to listen to those of us who are coming from inside of the country. Whether it’s on the left, or on the right, we have to condemn this level of violation of human rights, otherwise we’re lost as humanity.

‘It’s difficult to overthrow a regime without using arms but we’re convinced there’s no way back. They’ve cornered themselves because of the repression and the violation of human rights and we’re sure that at some point – we don’t know when or under what circumstance, but at some point – they will be forced out of power.